Currently, some sexual assault victims have to travel hours to find a provider properly trained to complete forensic examinations, Republican Sen. Michael Maroney said. There are only a few hospitals in northern West Virginia with personnel who are properly trained to collect evidence from rape victims.

“That’s adding significantly more trauma, in my opinion, to the victim that’s already been traumatized,” said Maroney, of Marshall County. “Every mile you drive, you increase the risk of contamination, so therefore you risk non-conviction.”

Rape kits are used to collect evidence following sexual assaults, and can be used to link the assault to a suspect in existing DNA databases or develop a DNA profile that can be used in the future.

The bill now headed to the state House of Delegates would require all hospitals in the state with an emergency room to have staff available 24 hours a day who are trained to conduct forensic examinations for sexual assault victims. The bill requires that providers receive the training from the Sexual Assault Forensic Examination Commission by July 2024.

Maroney said the change would be a challenge to implement as “it’s a mandate on nurse training during probably the worst nursing shortage in our state’s history.” But he said it’s too important to wait. 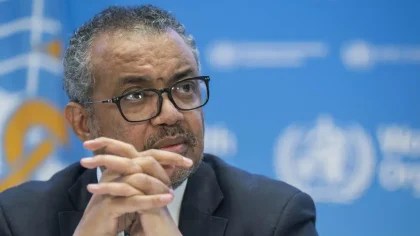 Also Read:
AP: WHO knew of past sex misconduct claim against doctor

“Timing is not ideal, but … they’ve known its coming, they’re going to ramp up a little bit,” he said of West Virginia hospitals. “They know it’s the right thing to do and they’re OK.”

Hospitals would have about a year and a half to get staff trained and ready before the legislation became law, he said.

State officials launched an initiative in 2015 to start testing its nearly 2,400 shelved rape kits. Some of the kits dated back to the 1980s.

In 2020, lawmakers passed a bill requiring rape kits be submitted to the state police’s forensic lab within 30 days or as soon as possible after collection. That law also allows for rape kits to be tracked and requires that law enforcement get a court order before disposing of the examinations.