The roadblock that is writer’s block

OPINION: Every so often, you find that you can’t think of a single thing to write about — that’s where I am right now. I figured I’d write about that.

Every so often, I’d wager that most of us writers have a day, week or month (or any other metric of time necessary) where we simply have nothing to write about. It’s not that there’s nothing to write about, in general — let’s be real, the Black community alone is a daily content gold mine — it’s just that the takes aren’t taking and the angles aren’t angling. The vim and vigor with which we usually approach a topic aren’t there, and that makes it difficult to commit anything to digital print.

That is where I am right now. Every single day I wake up thinking about what I want to write about and peruse my typical haunts. I forage social media and read all of the legacy newspapers for inspiration, and let me tell you, there’s a bunch of stuff happening. There are a million people who have no business putting feelings in the air, letting off emotional shots left and right providing all types of fodder for content. Except, I’m usually so bored by most of it that I can’t bring myself to type about any of it. 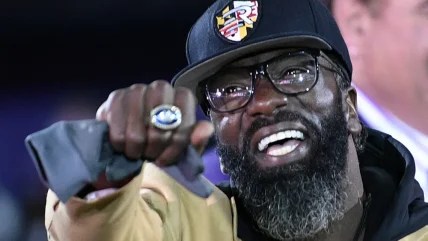 For instance, two big stories happening right now are Ed Reed and the Bethune-Cookman University (B-CU) coaching kerfuffle and Shannon Sharpe’s (cardigan) making himself a sideshow at the Los Angeles Lakers vs. Memphis Grizzlies game late last week. Typically, I’d be all over those stories. I have opinions, particularly about Ed Reed’s grand opening/grand closing act with B-CU. And yet, short of feeling like Ed either didn’t know, didn’t show or just didn’t care about knowing what he was getting into in advance, I don’t really feel compelled to discuss it in a long-form essay. Regarding Shannon Sharpe, he had no business being let back into the audience for the game. Full stop. It’s not worth it, to me, to drop 600 words about that for the sake of it.

Now this writer’s block presents a particular kind of dilemma for me; my job is to literally take those instances and turn them into takes. It’s my bread and butter and why I’m even in a position to have this writer’s block in the first place. I’ve been here before, so I know it will end and I’ll be back to the races scribing all manner of such and such about this or that. It’s just annoying while I’m going through it. Even music, my most dependable go-to, hasn’t been giving what it needs to give. Let me tell you,  I have scoured charts and release dates for every five-year increment since 1993 trying to write homages to music. Here’s the thing: Almost every album worth writing about came out in the last half of the year in 1993, 1998 or even 2003. So the latter half of this year is going to catch these musical keystrokes, but for now, I’m just stuck in a basement, sitting on a tricycle. My girl — wife, rather — isn’t getting on my nerves, thankfully, though that might actually provide me some ammunition to write about. Anonymously, of course. 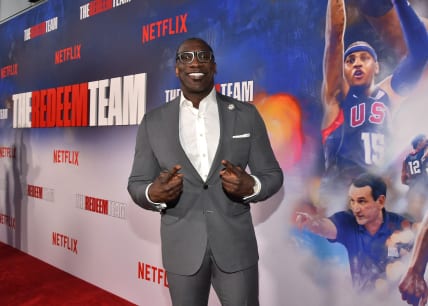 Look, if you’re a writer and you can’t think of anything to write about on a day you need something to write about, just know that it’s OK. We all go through it. Even Steph Curry has shooting slumps, but you know what he does? He shoots through it; eventually, the shots will fall. It’s the same thing with writing — eventually, the ideas will start ideating and the flows will start flowing, and you’ll be back on the horse writing amazing screeds about things that you might be able to convince other people to care about.

Panama Jackson is a columnist at theGrio. He writes very Black things and drinks very brown liquors, and is pretty fly for a light guy. His biggest accomplishment to date coincides with his Blackest accomplishment to date in that he received a phone call from Oprah Winfrey after she read one of his pieces (biggest), but he didn’t answer the phone because the caller ID said: “Unknown” (Blackest).