The British singer claims his post was a misunderstanding...and we're not buying it 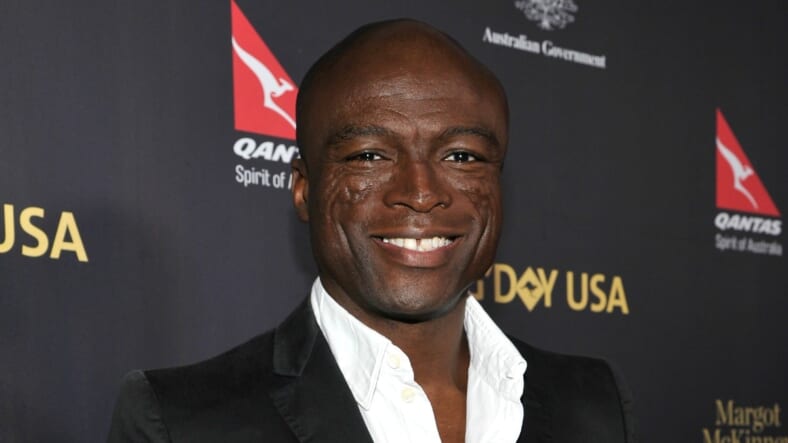 Recently, Seal came under fire for trying to come for Oprah Winfrey, but now, he says that he wasn’t throwing shade at Oprah at all.

It all started with a social media post showing Oprah with Harvey Weinstein that many people took to be a slam on Oprah.

But after massive backlash, Seal posted a video to YouTube explaining himself.

‘What I reposted was not an attack on Oprah at all’

“Now, let’s get straight to it,” he said in the video. “Let me start by saying that I have an enormous amount of respect for everything that Oprah has achieved and contributed in her life.”

“What I reposted was not an attack on Oprah at all. She just happened to be the person photographed with the pig in the picture,” he continued, referring to Weinstein.

“What I reposted was commentary on the hypocritical and double-standard nature and behavior of Hollywood,” he said. “So Fox News, back off.”

He went on to say that it was “not real punishment” for the men accused to simply lose their jobs and called for more justice for the women whose lives had been affected by sexual assault and harassment.

‘You live in the sunken place’

What’s more, Seal turned around and called out Stacey Dash for coming after him, saying, “Stacey Dash, keep my name out of your mouth. Do not retweet, requote, anything that I have said in order to reinforce your self hating agenda.”

“You live in the sunken place,” he added.

You can watch the video explanation below.