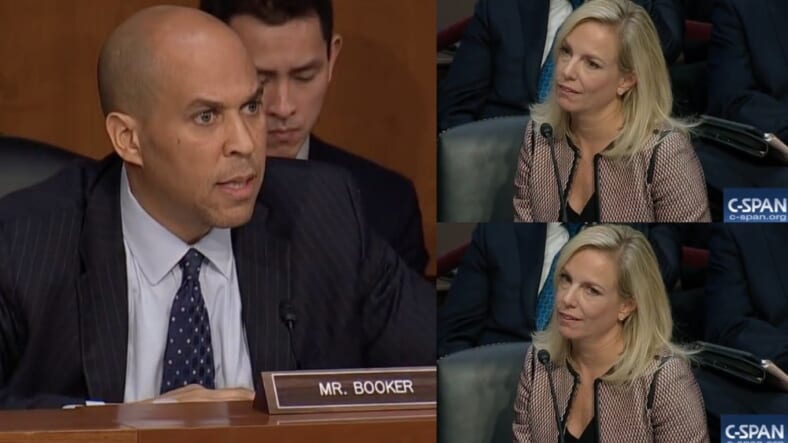 Cory Booker delivered an impassioned rebuke of Homeland Security Secretary Kirstjen Nielsen after she appeared to have amnesia over President Trump’s “shithole” comments about Haiti and African nations.

During a Homeland Security Oversight Oversight committee hearing, Kirstjen Nielsen claimed to not recall if Trump indeed used the racist rhetoric that has already been confirmed by senators Dick Durbin and Lindsey Graham.

‘Your amnesia is complicity’

“The commander in chief, in an Oval Office meeting, referring to people from African countries and Haitians with the most vile and vulgar language — that language festers,” Booker said during his lengthy speech. “When ignorance and bigotry is alive with power, it’s a dangerous force in our country. Your silence and your amnesia is complicity.”

Booker read off a list of recent hate crimes committed by white supremacists, including the church massacre in Charleston, South Carolina and the white nationalist riots that occurred in Charlottesville, Virginia.

“Tens of millions of Americans are hurting right now because of what they’re worried about what happened in this White House,” he said. “That is unacceptable.”