EXCLUSIVE: Cress Williams talks ‘Black Lightning’ and how you can be a real-life superhero 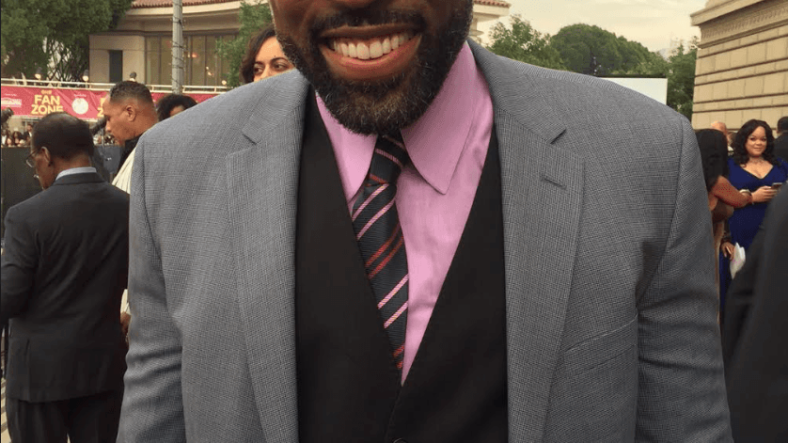 The long-awaited debut of Black Lightning is finally upon us, premiering tonight on The CW.

TheGrio caught up with the show’s star, Cress Williams, to find out how he feels about being a black super hero and how the show will affect youth now and in the future.

“It’s so exciting. It’s just a dream come true…a dream that I didn’t think was going to happen,” he told The Grio at the 49th Annual NAACP Image Awards. “I started to give up hope because it was a year ago that I got the part so I think me and the whole cast is just anxious to release this child that we have been hanging on to and we hope the world receives it well.”

He also explained the profound effect the series that features a family of black superheroes can have on young people.

“I think it’s gonna change their lives. It sounds so lofty to say that but it’s true. Growing up, all I had was Batman and Superman. Once this is out there in the culture it will be there forever. Little kids will grow up and have that and I think it’s going to be amazing.”

The actor also took time to praise the show’s executive producers, Mara Brock Akil (creators of the hit BET series Being MaryJane and Girlfriends) and Salim Akil and explained the tight bond that was formed among the series’ cast and crew.

“I think it starts with the fact that Salim and Mara cast the project perfectly. Every person that comes on our show, I look at them and I’m like, ‘You’re perfect. You’re absolutely perfect for the role.’ Also, the project they created—everyone in our cast and crew is doing the job because it’s special. No one is there just to get a check. When you know you’re doing something special and something rare, you just put yourself into it one hundred percent and a family grew out of it. We all legitimately love each other.”

According to Williams, every day people have the power to be heroes in their daily lives.

“It’s about starting with where you’re at. We can’t all save the world, but you can save your part of it if you deal with where you are whether it be in your household, at school, on your job, at your church, or in your community,” he explained. “Wherever you are, leave it better than you found it and the cumulative effect of that is that the world is better. If we all do that then we all save the world.”