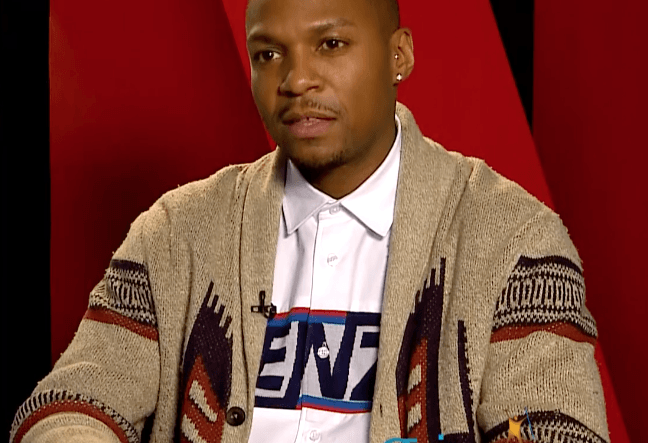 Step Sisters premiered on Netflix last week and, as expected, the film has already stirred up plenty of controversy.

Shortly after TheGrio premiered the film’s first official trailer, Twitter was ablaze with comments from viewers who took the premise of the film to task for promoting cultural appropriation.

Written by Chuck Hayward, (Dear White People, Straight Outta Compton) and produced by Lena Waithe (Master of None, The Chi), Step Sisters centers on Jamilah (Megalyn Echikunwoke), a college senior hell bent on getting into Harvard Law School at any cost, even if it means having to teach a white sorority the sacred tradition of stepping.

Now that the film has been released, some folks piped up about problems they had with the plot while others praised it for being a hilarious and thought provoking.

TheGrio went straight to the source, Producer Ben Cory Jones (Insecure) to get his take on some of the Step Sisters’ most polarizing plot points.

READ MORE: EXCLUSIVE: Lena Waithe on why her controversial movie ‘Step Sisters’ will remind you of Spike Lee’s School Daze

Some people feel like Step Sisters premise and use of stepping is disrespectful to real African-American greek organizations and others took issue with the way black Greeks were represented.

“That was a very difficult process for us because when Chuck Hayward wrote the film, he created all new fraternities and sororities. A lot of the frats we created had elements of everybody. We’re not calling out one particular organization on anything. We didn’t want to disrespect the legacies of these fraternities and sororities. I’m a Kappa so I can speak to my Kappa experience but I can’t speak to the Alpha experience or the Omega experience because I didn’t walk in those shoes. We also just don’t want people to focus on that. Chuck [Hayward] is an Alpha and he pledged at Syracuse. Our director’s assistant is a Delta. I’m a Kappa. We tried to hire as many crew members who have had the Greek experience as possible. A lot of the dancers were actual AKAs and actual Deltas so they helped us to stay away from things that were unique to those sororities and also helped us make sure the stepping felt real and that was important for us too,” Jones explains.

“We’re not borrowing or stealing particular steps but we wanted this film to feel as accurate as possible. We want people to watch this and know the people who developed this story, produced this project, shot this film, actually walked in these shoes. With anything we do we want it to feel authentic so we were deliberate in hiring people who had this experience.”

The notion of a black woman teaching a bunch of white students how to step really rubbed some people the wrong way.

“It’s really a question that this film is poking at. Is it cultural appropriation? We like to think that it’s cultural exchange. I’m against things that borrow our culture but take no time and make no efforts to understand it. Being a person who is black and Greek, and gay; if there’s a way I can help someone better understand my experience, I’m all for that. If I can just help you understand my struggle, great. You may not get it and that doesn’t make you any less woke or any less human because you don’t automatically understand my experience. I want people to take away that sometimes it is your responsibility to reach across the aisle and say ‘here’s a part of my culture.’ I like the idea that in this day in age, we can do more culture sharing than culture ostracising,” says Jones.

“We all have preconceived notions. Black people have them about white people and vice versa. We’re not just showing one side of it. Some of the online chatter that has been out there about the movie—I think people are gonna go in already knowing what they think it’s going to be and hopefully they will be pleasantly surprised by the other stuff that we’re exploring.”

This was problematic AF. Like the black protagonist actually cried reverse racism & her white BF had to explain that wasn't a thing IRL.

“We’re not poking fun of him as a character. We wanted to make him a real person. There are people I know in my own life who are not black but identify with the black experience and I don’t think anything is wrong with that. I think their relationship is an important part of the film because it’s all about subverting expectations here,” explains Jones. “In all her pro-blackness, Jamilah is dating a white dude so what does that say about her? What does that say about him? Even the idea of being woke today. At which point are you woke enough? At what point have you awakened? Is that a perpetual journey? “

Other took issue with one particular line in the movie when Jamilah assures Dane that even though they’re no longer a couple, he’s still her n****.

“That last line was something we thought we had to keep in just to spark a conversation. We went back and forth so much. Chuck wrote that line and Lena [Waithe] and I fought hard to make sure that line stayed in the final cut. It’s all up to interpretation. We wanted to leave that line in to see what reactions we got. What does it mean? We can’t tell you. It will mean different things to different people and I tend to lean in to moments like those.”

Some viewers felt Step Sisters perpetuates stereotypes about white and black people and others felt like the film got a bit too preachy and blamed black folks for their attitudes toward white people.

“With Step Sisters, we’re not setting out to tell people how to think or how to feel. We’re more trying to present the reality of what’s happening and hope people look at their experiences and ask themselves if they have been passing judgment without getting to know someone and if they have, why did they do that? It’s calling out everybody for the lack of understanding and preconceived notions we have about people. Once you get to know somebody, your opinion about them could change,” he explains.

“Black people are not let off the hook in this film. As black people, I think we do have a barometer of judging people’s blackness or judging where people stand on the totem pole. We are taking everybody to task. As black people, sometimes we like to categorize what is unifying us. I think what unifies anyone is your common experience.”

Check out more with Ben Cory Jones in our exclusive video interview: