Bricks Diamond explains how The Blackhouse Foundation helped bring 39 black films to Sundance Film festival in Park City, Utah and what movies we should look out for this year. 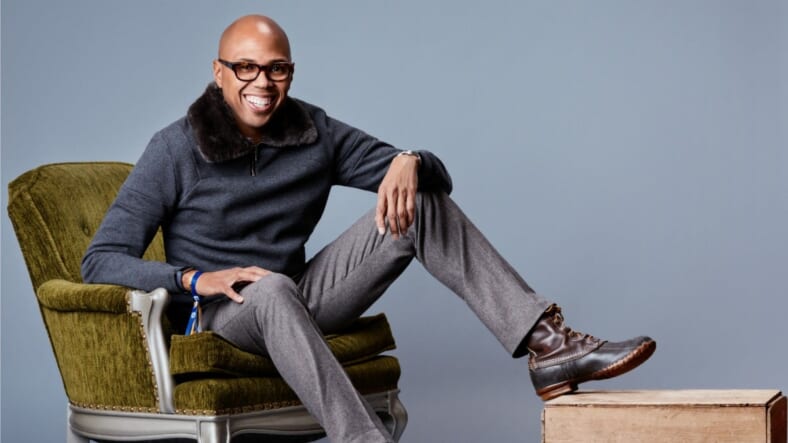 When Brickson Diamond attended Sundance for the first time in 2005, he was surprised at the lack of color at the annual film festival in Park City, Utah.

“I was the only black person in the house where we stayed. The reality was it was just a very snowy landscape, metaphorically and physically. I went back the next year and saw the same thing and even though I knew there were black industry folks in town, I couldn’t find them, he tells TheGrio in an exclusive interview.

By 2007, he had assembled a team of talented and passionate partners to help change the landscape by launching The Blackhouse Foundation.

“When we got back in 2007 with a fully operational space that was meant to draw people there just to diversify the audience, we started to understand what the statistics looked like,” he says.

The Blackhouse Foundation centralizes black TV and filmmakers and actors in one place with a stacked itinerary of panels, screenings, discussions, and events featuring countless African American thought leaders and visionaries throughout film and television. They work to expand opportunities for Black content creators by providing pathways to opportunities within film, television, digital and emerging platforms.

Now, just 11 years after The Blackhouse Foundation launched, there was a record number of 39 black films shown at Sundance. Their partners include Comcast NBCUniversal, BET, AT&T Hello Lab, 21st Century Fox Global Inclusion, Facebook, Netflix, CAA, HBO, Starz, and The Will and Jada Smith Family Foundation among others.

“We rallied a bunch of media partners and other philanthropists like myself to make it more accessible and I think the numbers show that we have,” he says. We go to Sundance and other festivals where acquisitions take place and films are seen, bought, distributed and hopefully they go on to win Oscars.”

Predicting which films will go on to make a huge splash is no easy task.

“I don’t get to see a lot of movies at Sundance, but we know what’s buzzy and what’s exciting but we don’t necessarily know what is going to hit big. You just can’t tell,” he admits.

“The first movie I ever saw at Sundance was Hustle & Flow. I did not predict that “It’s Hard Out Here For a Pimp” would win the Oscar for Best Song. It’s not the thing that came to me in that moment. You just never know.”

With so many black film submissions at this year’s festival, it would be impossible for anyone to see them all, but Diamond gave us some inside info on a few films we should be looking out for.

“Sorry To Bother You was like nothing I’ve ever seen before. I’m so excited that it has been acquired and excited to see how it will be marketed. I didn’t see Monster but I have heard a lot of buzz about that one, which is produced by John Legend.”

One film that should be on our radar already has an April release date.

“One that was produced by HBO was King In The Wilderness which is about the last three years of Martin Luther King,Jr’s life. The executive producer from HBO said he grew up revering MLK but didn’t know this story at all. This portion of the story has never been told onscreen,” he says.

“It humanizes King and it humanizes the family and it does an incredible job of giving you a sense of a flawed man who was leaving behind his family to do this work for the country and the sense of loss that they had when he was alive and especially when he was gone. It’s so good.”

“I heard a lot of buzz about A Boy, A Girl, A Dream: Love on Election Night. One of our board members at The Blackhouse is the producer of the film. It really is fantastic. It’s one take so the demands placed on the actors are incredible,” he says.

“Kenya Barris makes his acting debut in the movie so that’s really cool. It’s about community. It’s about love and about dreams. The sense of community that went into making it is just remarkable.”

The film, which stars Omari Hardwick and Meghan Good as two people who meet on election night in Los Angeles, received a standing ovation t its premiere and made major moves on the internet thanks to a pilot program launched by The Blackhouse Foundation.

“We created SEEN, a pilot program meant to really give exposure to black, indie films so they have a lift going into the sales process. Facebook gave support to the director and producer and created some collateral for them to promote the film and in the first 72 hours since it was posted at Sundance, there were 8 million views of their videos,” he explains.

“There were 500,000 people who indicated they wanted to see the movie and there were 12-14,000 shares. They don’t get those numbers of people sharing films on Facebook. People are doing it for the film.”