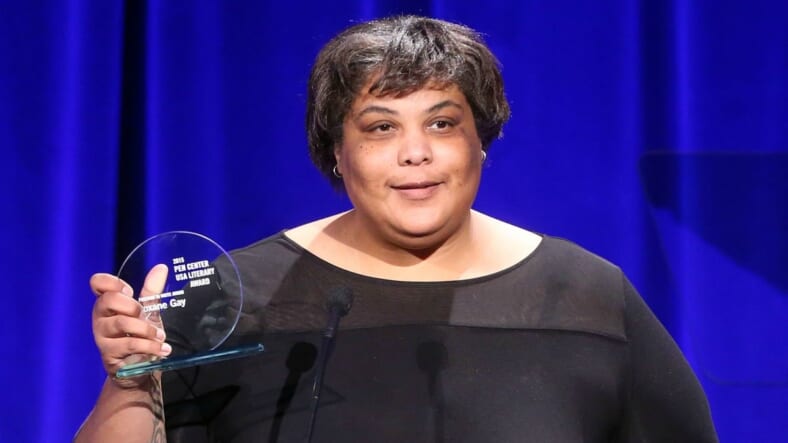 “My feelings are real hurt that I didn’t get an invite to the Black Panther premiere,” Gay wrote on Twitter.

But, she said, “I’m still thrilled about the movie and can’t wait to see it.”

The World of Wakanda series follows side characters in Wakanda, the fictional African nation that provides the setting to the Black Panther film and comic book series. Many of those side characters are women.

While the series was critically acclaimed, it only ran for six issues before it was cancelled. At the time, the cancellation drew criticism because one of Marvel’s vice presidents had recently blamed bad comic sales on “diversity.”

“What we heard was that people didn’t want any more diversity … I don’t know that that’s really true, but that’s what we saw in sales,” Marvel’s David Gabriel said in an interview in March 2017.

But Gay has said that she had “an overall great experience working with Marvel” and would write for them again.

Ta-Nehisi Coates, whose Black Panther comic series relaunch has been wildly successful, specifically asked Gay to write the companion comic to his series.

“When we started thinking about writers, [Gay] popped up right away,” he told the New York Times in 2016.

And that’s significant, because Coates’ work played a huge role in developing the Black Panther film.

Chadwick Boseman, who plays the titular Black Panther, told Vanity Fair in 2016 that Coates’ comic series was a big inspiration for the film’s style and storyline.

Coates was even at the premiere, so at least the Marvel Cinematic Universe acknowledged that much of their comics roots.

So it’s clear that the comic writers played a big part in building the biggest, Blackest film of the year. But as for whether any of them were invited, Gay admitted on Twitter, “I actually don’t know. I sure hope they were there.”