The Ohio pastor accuses congresswoman and Democrats of incessantly pulling the race card. 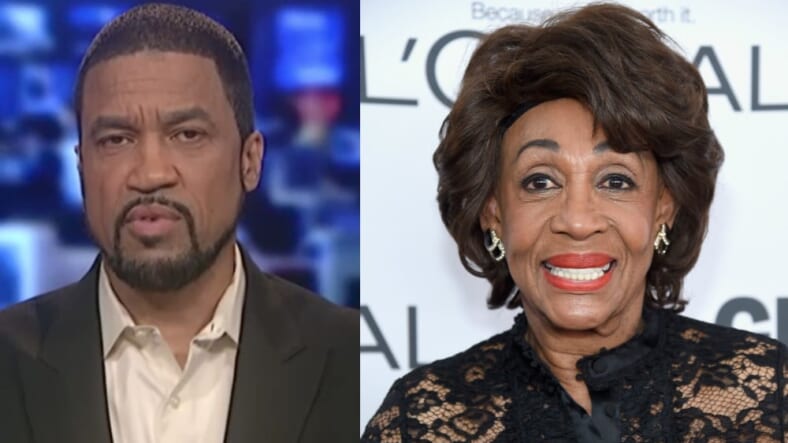 Darrell Scott, a prominent Black pastor and ardent supporter of President Donald Trump, railed against Rep. Maxine Waters and other Democrats, accusing them of playing the race card.

“This race card that the Democratic party keeps playing is getting played out,” Scott said during an appearance on Fox Business on Thursday. “It’s ’bout as worn out as a deck of cards in the penitentiary.”

The pastor, who served on Trump’s presidential transition team, had more harsh words for Waters, who in the Black community is affectionately referred to as “Auntie Maxine.”

“She talks about the president [not] behaving presidentially; she needs to act and behave congressionally,” Scott said. “You know you have what they have the drunk uncle? Well she acts like the crazy aunt that’s rambling and babbling incessantly over every little thing and her act is becoming very, very stale.”

Scott is the same pastor who last year told Donald Trump that he had spoken with Chicago gang leaders who promised to “lower the body count” if social programs were enacted.

“They want to work with this administration,” Scott said at the time.

He eventually walked back his comments, telling FOX 32 that he “misspoke” when he suggested to the president that he had spoken with “top gang thugs.”

Scott said that a lack of sleep caused him to make the comments, admitting that he had not spoken with “top gang thugs” but simply one person who was a former gang member. He still insisted that the city’s violence needed to be addressed.