Leroy Mitchell claims both stars stole his track, "If We Can't Be Lovers" 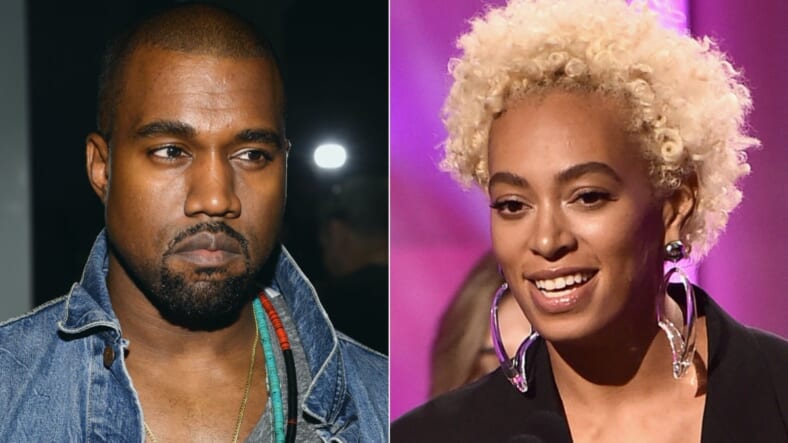 Kanye West and Solange may have similar taste in music and it seems that fact may have landed them in hot water.

According to reports, Leroy Mitchell, aka Prince Phillip Mitchell, 73, is suing both stars for stealing his song, “If We Can’t Be Lovers.”

The Louisville native filed the suit that alleges both Kanye West and Solange included “extensive sampling” and “distinctive and important elements” his song in their work. The suit names two publishing companies as well. Aside from copyright infringement, Mitchell thinks he’s owed money for losing out on royalties, licensing fees and claims he has suffered “loss of goodwill and recognition.”

Mitchell is insisting that Solange and Yeezy sampled the track on separate occasions.

He claims Kanye’s song, “Everything I Am,” from his 2007 album, Graduation, is an intentional rip-off. Yeezy’s version features DJ Premier, but he is not named in the lawsuit.

Mitchell also claims that Beyonce‘s little sis swiped his record for use on her song, “F*** the Industry,” without his permission.

While neither of the tracks were huge hits, Mitchell is suing for punitive damages and asking a judge to keep the stars from performing the tunes live. He also wants to halt future radio play.

Mitchell has reportedly worked in the music industry for more than 40 years and previously worked for Atlantic Records.

According to reports, Solange may have told on herself since her “F*** The Industry” track was supposed to be featured on a mixtape entitled, I Can’t Get Clearance.

Did Kanye West and Solange really swipe this man’s songs? Check out the three tracks and decide for yourself.

Kanye West’s “Everything I Am”

Prince Phillip Mitchell’s “If We Can’t Be Lovers”