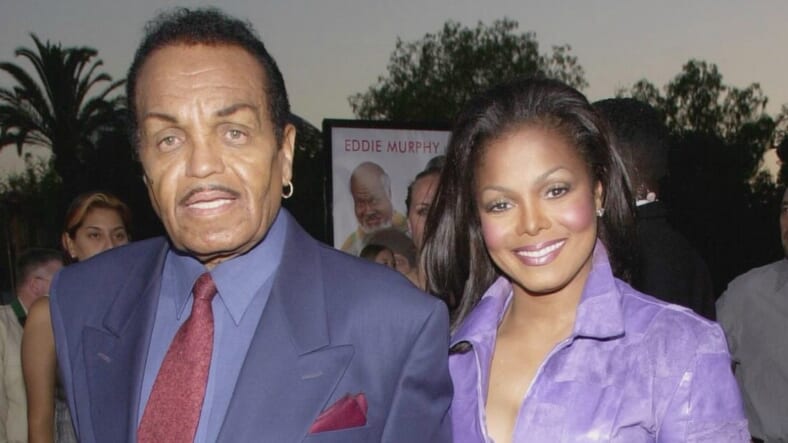 Justin Timberlake will be taking the stage at the Super Bowl once again and it seems that there is still one famous family who is still fuming.

“If he’s such a gentleman, he’d make sure Janet [Jackson] is there,” Joseph Jackson told The Post.

Janet’s dad isn’t the only one who feels Timberlake needs to make up for what happened with Nipplegate all those years ago.

In case you have forgotten, in 2004, while performing together at the Super Bowl, a planned stunt went all kinds of wrong and left Janet with her breast exposed in front of 140 million people.

Ever since it came out that Justin Timberlake would be performing at Super Bowl LII, Twitter has lit up with the #JusticeForJanet hashtag. People are angry and annoyed that Justin is being asked to perform again after what happened and Janet Jackson is not.

Justin Timberlake says that the pair has “absolutely” made peace about what happened that day. He made that comment on Beats 1 when talking with Zane Lowe.

Her family, however, says that while she may have forgiven him for tearing open her costume, she has not forgotten what happened, not by a long shot.

Justin’s solo career took off after that and Janet was blackballed,” one member of Janet’s family allegedly said. “He says they are good, but let’s see him prove it and bring her out.”

While some have speculated that the whole debacle was actually a stunt, Jackson sources say no way. Although, there was some mystery surrounded their performance in the run-up to the big show.

“When some of us went to Houston, we were told they were doing rehearsals,” said a Jackson relative. “People from the NFL and MTV were there so [we] thought we would get a preview of the performance.”

Nope. The rehearsals were closed to all, even close friends and family.

“We had heard that they were experimenting on some sort of elaborate production,” the relative went on to say.

If it was planned though, Justin Timberlake did a pretty good job at feigning shock. But then again, he is an actor as well.