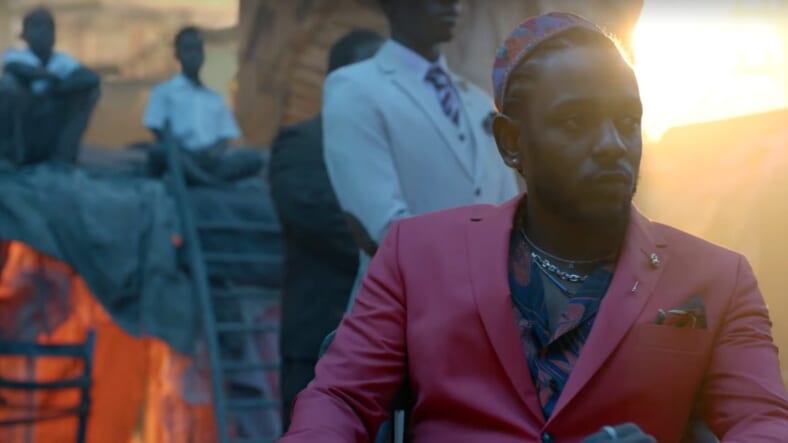 As the anticipation for Marvel’s Black Panther continues to gain steam, the first music video from the movie has finally been released.

In All the Stars, rap royalty Kendrick Lamar joins forces with r&b It-girl SZA. The Dave Meyers directed visual is not only gorgeous to behold but also has the added bonus of featuring actual black panthers.

While Lamar’s on screen presence is undeniable, it’s SZA who steals the show in this Afro-futuristic masterpiece.

All the Stars is just the first offering from the upcoming soundtrack curated by King Kendrick. It’s set to feature five songs in total by him, as well as contributions from James Blake, Vince Staples, and more.

The soundtrack arrives February 9 ahead of the movie’s Feb 16th release.