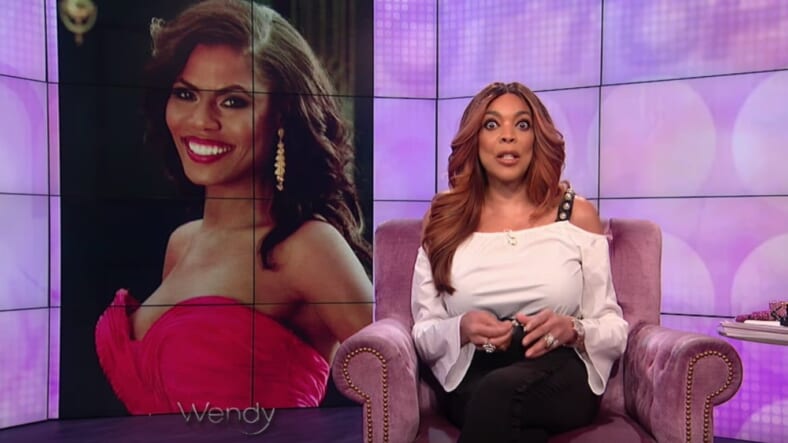 Omarosa Manigault is already trash-talking the White House all over the place on Celebrity Big Brother, and Wendy Williams can’t get enough of it.

On Friday, Williams discussed Omarosa’s Big Brother revelations in her Hot Topics segment and then egged on the former White House employee for more.

“I believe every single word 100 percent,” Williams said of Omarosa’s White House discussions on the show.

“And furthermore, the stupidity of the White House for not having a confidentiality contract where you can’t write a book as soon as you get out, or you can’t go on Big Brother…It just goes to show how stupid they are, or maybe they didn’t think anything much of hiring her,” Williams said. “Everybody else has contracts with confidentiality clauses but it’s just Omarosa, she’s just happy to be here, she’s not going to say bleep.”

Then, Williams told Omarosa to keep the gossip coming.

“Well, I must say, Omarosa is not a stupid woman… and I feel like she went into the Big Brother household with her $1.2 million check… but I think she went in with a plan to lash out at the president. And I say, keep it coming!” she said.

–Omarosa breaks down in tears over ‘circus’ White House, says we should all be worried–

Omarosa and Ross Mathews sat down for what turned into an emotional chat on the show in which she admitted that the White House was a mess.

In particular, she said she was “haunted by tweets everyday.”

Later, Omarosa compared the White House to a circus, saying, “It’s not my circus, it’s not my monkeys. I like to say it’s not my problem but I can’t say that because it’s bad.”

That’s when Mathews asked if the country should be worried, and Omarosa nodded ‘yes’.

And considering the fact that Celebrity Big Brother has only just started, we’re sure that Omarosa has plenty more tea to spill, and we’re with Wendy: we want to know.