Reality TV's favorite villain suggests Trump White House stabbed her in the back. 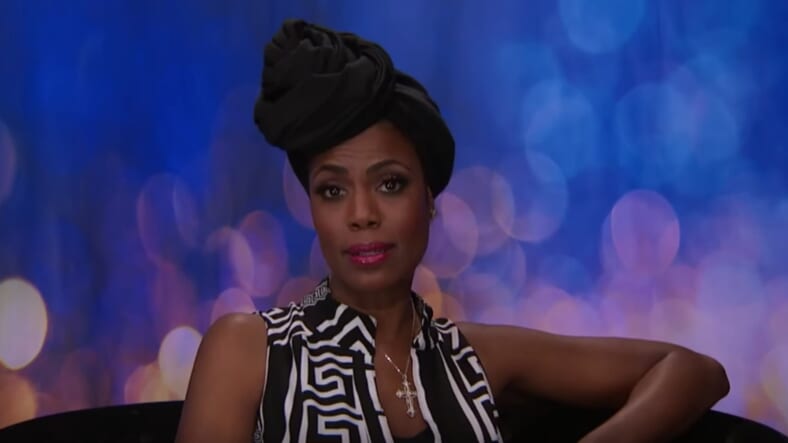 The reality TV alum, and villain everybody loves to hate, walked into the Big Brother house in dramatic fashion twirling in her gown and whipping her hair.

Her fellow house guests, which include Keshia Knight Pulliam, Former Lakers star Metta World Peace and TV personality Ross Mathews, among others, were shocked to say the least.

During the season premiere, Omarosa dished on her time at the White House and compared it to her Big Brother stint.

“There’s a lot of people that want to stab me in the back, kind of similar to the White House,” she said. “The one thing I learned from politics is you have to learn how to watch your own back and in some cases you have to watch your front too.”

Omarosa, who said she was a big fan of the show, said that she came to win.

Executive producer Allison Grodner told EW that none of the celebrities knew who else would be on the show. And it’s definitely obvious that Omarosa’s presence is already setting off drama, if Mathews’ reaction is anything to go by.

“Walking through that front door is Omarosa!” Mathews said. “When people asked me who you don’t want to see in the house? My answer was Omarosa.”

“I can’t do toxicity and negativity,” he continued, clearly upset by the casting.

Over the next two weeks, the Big Brother show will air episodes on Mondays, Wednesdays, and Fridays, with a few specials on Thursdays and Saturdays thrown in there. With a finale scheduled for Sunday, Feb. 25, the next 13 episodes are sure to provide plenty of drama.