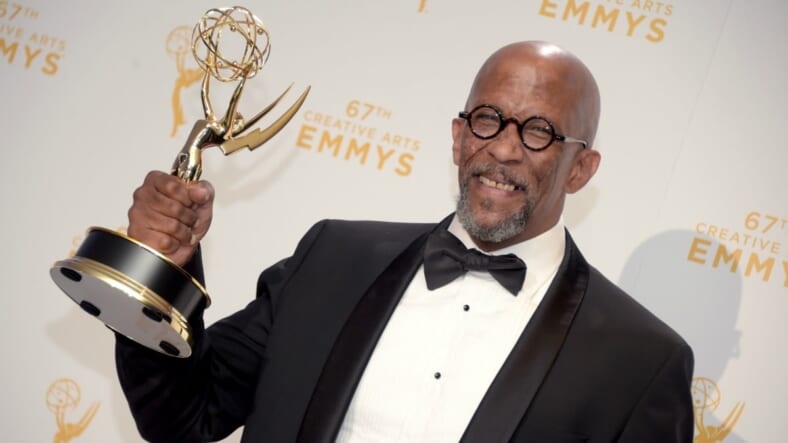 Emmy winning actor Reg E. Cathey, famous for his roles on hit shows such as The Wire, Oz and House of Cards has died at 59-years-old.

His death was announced on Twitter by The Wire creator David Simon. “Reg Cathey, 1958-2018. Not only a fine, masterful actor — but simply one of the most delightful human beings with whom I ever shared some long days on set. On wit alone, he could double any man over and leave him thinking. Reg, your memory is a great blessing,” he tweeted.

Cathey’s family has not commented on his cause of death but according to TMZ, the actor had been fighting lung cancer. It was reported that he died at home.

Reg E. Cathey had been gracing our screens for over 35 years but was most well known for playing Freddy Hayes on House of Cards, which won him an Emmy for Outstanding Guest Actor in 2015 after being nominated nine times throughout his career.

Tributes have been pouring in over social media with many recalling the actor as a kind and talented man.

The show’s creator Beau Willimon called Reg E. Cathey “one of a kind” and said he will be “greatly missed.” He added that Cathey was “brimming with life force, generosity, humor, gravitas, and a fountain of talent.”

— Here are all of Denzel Washington’s Oscar-nominated roles —

Netflix released a statement as well, saying that they were “heartbroken” over the loss. “Reg was the kindest man, the most giving actor, a true gentleman. Our sympathy goes to his family.”

Cathey was born in Huntsville, Alabama but spent many years growing up in Germany with his military family. When returning to the US he studied acting at Yale University.

His career began in theater but he then moved on to Hollywood in the 90’s.