The actors will costar in SHOWTIME's comedy pilot, BALL STREET. 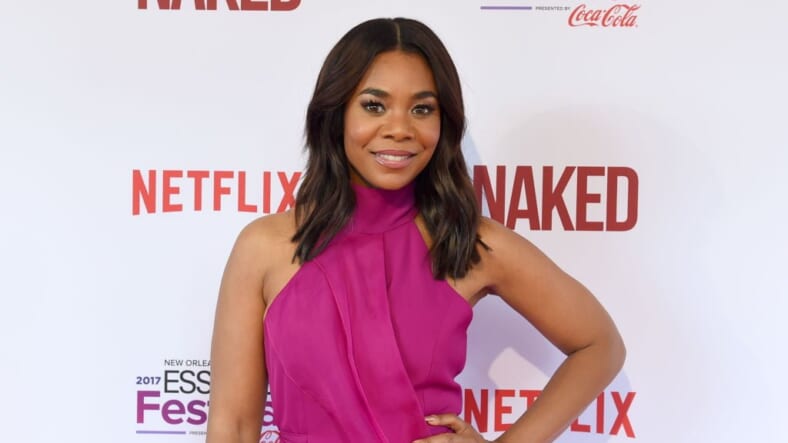 House of Lies may be over but it’s not the end of Don Cheadle’s relationship with Showtime.

The Golden-Globe winner is teaming up with one of our faves, Regina Hall, for an upcoming Wall Street comedy pilot, BALL STREET, on the cable network. Paul Scheer (VEEP) and Andrew Rannells (Girls) will also star on the show along with Kurt Braunohler (The Big Sick), and Eugene Cordero (Kong: Skull Island)

Regina Hall will star as Dawn, a no-nonsense trader and the only woman in her team. Cheadle will play Rod “The Jammer” Jaminski, a self-educated, self-made, self-destructive master of the universe whose firm the financial press called, “The L.A. Raiders of corporate raiders.”

BALL STREET takes us back to October 19, 1987 – aka Black Monday – one of the worst stock market crashes in the history of Wall Street. To this day, no one knows who or what caused it. BALL STREET is the story of how a bunch of fearless underdogs took on the blue-blood, old-boys club of Wall Street. Among the intrepid traders who make up the group led by Cheadle’s character are Dawn (Hall), the no-nonsense head of trading and the only woman on the team, along with Keith (Scheer) and Ronnie (Cordero). Braunohler appears as Ty Daverman, a vice president at Morgan Stanley.

BALL STREET will be directed and executive produced by Seth Rogen and Evan Goldberg.

The pilot was created by David Caspe (Happy Endings) and Jordan Cahan (My Best Friend’s Girl) who have both signed on as show runners and executive producers.

Production is set to start this week in Los Angeles.

Regina Hall most recently had us all rolling in Girls Trip, and she’s demonstrated she can play a range of rolls with standout performances in The Best Man, Think Like a Man, or With This Ring.