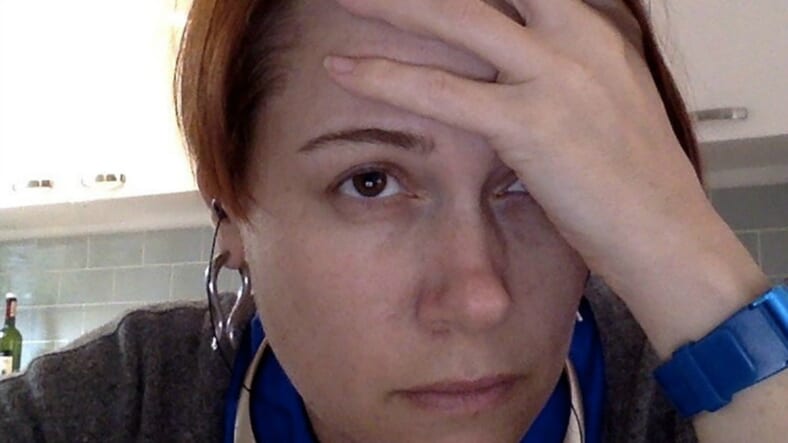 The New York Times fired a writer just hours after they had hired her after they learned she had used words like “f*g” and “n****r” in tweets.

On Tuesday, the Times said that it had hired Quinn Norton to be its “lead opinion writer on the power, culture and consequences of technology.”

— Rapper invited Black people up, tells white people to get off the stage because it’s Black History Month —

But when the announcement hit Twitter, several users on the social media site pointed out that Norton had a history of using slurs and had admitted to being “friends with various neo-Nazis,” even if she claimed she “never agreed with them.”

By 10:00 p.m., the Times had pulled their support, writing, “Despite our review of Quinn Norton’s work and our conversations with her previous employers, this was new information to us. Based on it, we’ve decided to go our separate ways.”

— ‘Marshall’ actor Sterling K. Brown doesn’t want to hear about how you ‘pulled yourself up by your own bootstraps’ —

In a tweet from 2014, Norton admitted to a friendship with Andrew “weev” Auernheimer, and last year, she wrote, “Weev is a terrible person, & an old friend of mine. I’ve been very clear on this. Some of my friend are terrible people, & also my friends.”

On Tuesday in response to the Twitter backlash against her, she further explained, For those of you honestly concerned. I don’t support weev, that’s not given in how I define friendship. I believe white folks should engage with the racists in their life.

“I believe all people are redeemable, and “all people” is all people,” she added, according to the Huffington Post.

Norton responds to the Times’ decision

“As I said so many times to the @nytimes, no harm no foul,” she tweeted Tuesday night.

“I’m sorry I can’t do the work I wanted to do with them. I wish there had been a way, but ultimately, they need to feel safe with how the net will react to their opinion writers.”

I stand by my angry tweet referencing the 2014 NYtimes "no angel" article about Michael Brown being a terrible, racist call. That should have never run like that.