Rapper invited Black people up, tells white people to get off the stage because it’s Black History Month 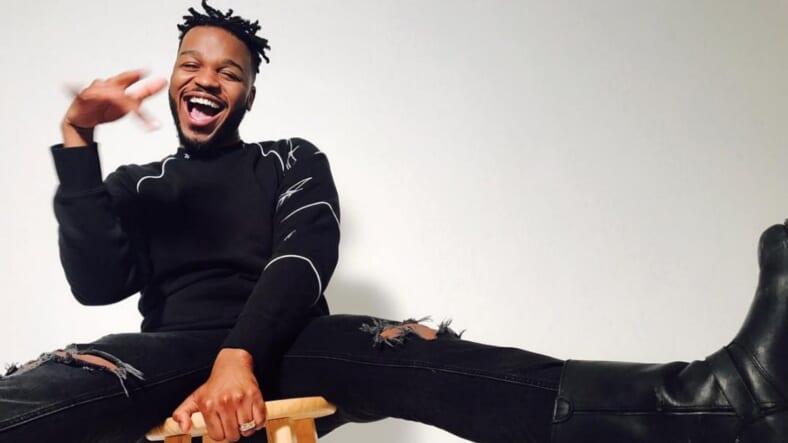 On Sunday at the Battle Hymn nightclub in New York City, rapper Cakes da Killa invited Black people to come up to the stage and asked white people to leave.

“When I said it was Black History Month, I mean, like, I need all you blacks on the stage,” Cakes said in a video of the moment. “Shut the privilege at the door.”

“I thought you guys had Netflix. You should know what’s going on in the world,” he continued.

Addressing a handful of men dancing on the stage, he added, “Oh My God. Like, honestly, you have the whole world. Let me just have my four minute song.”

Metro UK noted that the dancers reportedly got off the podium and went back to the dance floor.

— Amara La Negra talks about Black Americans embracing her: “They understand the struggles” —

But while some people have decried Cakes’ actions as racist, others have been quick to point out that Cakes, who is an openly gay Black man, knows that Black men are often left out of the spaces created for gay people.

As Michael Love Michael wrote for Paper Magazine, “Battle Hymn, by many accounts, is a notably safe space — and an unapologetically queer one. So, therein lies the openness we seek. Some attendees of Battle Hymn come for the music, others come for the hook-ups, most come (and stay) for the community. Sometimes the crowd is ethnically and racially diverse, sometimes, as what happens commonly in queer spaces, it can trend generally toward very, very white. I’m black and queer, so I frequently have to adjust to many a setting where people often don’t look, act, or think like me. And that just is what it is. I am not here to write a dissertation on that particular matter.”

— Cardi B claps back at Tami Roman over body-shaming comments —

He continued by calling out the people getting upset, saying, “If those who were mad were white (which, let’s be real, they were), was it a matter of being called ‘white’? White fragility, as hopefully everyone knows, is very real and some white folks just can’t stand to be called white at all, even if that’s what they literally are, racially and culturally. Or was it a matter of being unwilling to let an openly gay black rapper radically claim the spotlight during his own performance with other likely openly queer black people for just a few moments of a performance?”