Cardi B claps back at Tami Roman over body-shaming comments 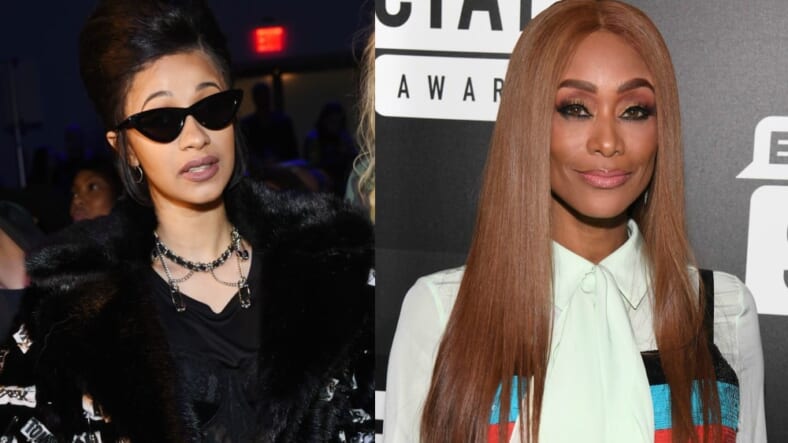 Basketball Wives: LA star Tami Roman has found a lot of success online with her hilarious “Bonnet Chronicles” series – but this time she may have poked fun at the wrong Bronx chick.

In a recent installment of the micro web-series, Roman focused on fellow VH1 reality star Cardi B and her recent weight gain.

“I really like Cardi,” Roman began in the video. “But in the pictures, you look pregnant.”

“Now I know you just said you were getting fat,” Roman continued. “And that’s ok, too, but I’m just saying it looks pregnant. That pregnant lady belly, that’s what it looks like. About 2 or 3 months, I don’t know.”

“You and Offset, that baby would be so yummy!” Roman adds, softening the blow. “He’s attractive, you attractive… Just make that announcement.”

While Instagram followers may have found the clip amusing, the “Bartier Cardi” rapper definitely didn’t.

Roman has yet to respond, but something tells us this is one fight she won’t be backing down from.

Check out the exchange in it’s entirety below. Please be forewarned that it includes strong language and is NSFW.