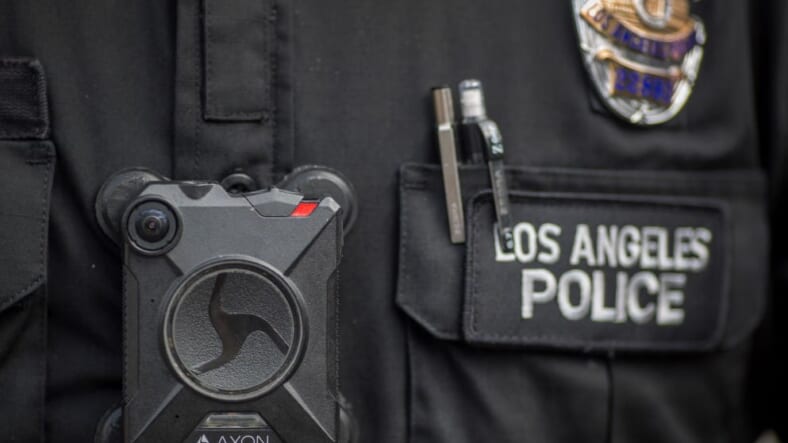 A 17-year-old boy in Los Angeles was arrested on Wednesday after he falsely reported that three Black men fired a single shot through his door and forced themselves into his apartment.

Police immediately responded to the teen’s 911 call in which he reported an armed break in. They were quickly able to determine that he was safe and home alone–his mother was reportedly out of town.

‘His story was made up’

“His story that three black men had tried to force their way into his third-floor apartment … was made up. The caller’s initial report to 911 said the suspects had fired one bullet through the door, into the apartment,” Vernon said.

“Officers were immediately suspicious about the boy’s story when they realized the bullet hole in the door had come from the inside out — not the outside in, as the boy had claimed.”

Detectives later obtained a search warrant for the apartment and seized marijuana and found evidence of a firearm. “Officers soon found a .380 Glock handgun in the bushes, below the balcony of the boy’s apartment,” Vernon said.

— CASTING NEWS: Tiffany Haddish will try her hand at drama in new flick —

The unidentified teen was arrested on suspicion of illegal discharge of a firearm and was taken to a local juvenile facility. What’s more, the boy’s mother may also face charges of child endangerment and leaving an for leaving an unsecured firearm in the presence of a minor.