Students protest for gun control and stage walkouts across the country

Less than a week after the Parkland shooting, teens are stepping up demanding to be heard. 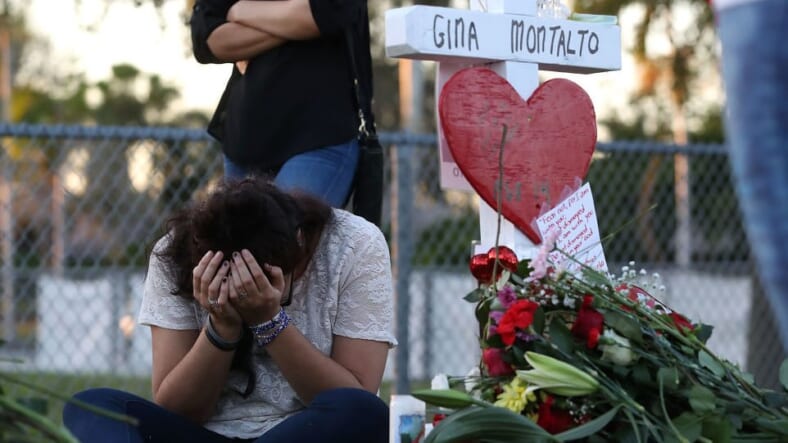 Less than a week after a deadly school shooting in Parkland, Florida, students are stepping to the forefront of the gun control debate with school walkouts and a march in Washington.

Ten days later, on March 24, students from Parkland, Florida, where the shooting occurred, are planning their own “March for Our Lives” rally in Washington, D.C.

The protest, according to its mission statement, will “demand that a comprehensive and effective bill be immediately brought before Congress to address these gun issues.”

Some students from Marjory Stoneman Douglas High School said that they might not go back to their school at all until the nation takes better action on gun control.

“Our community and nation have taken too many bullets to the heart, and now is the time for us to stand up,” said David Hogg, a senior at the school, on NBC’s “Meet the Press.”

“I will not feel safe going back to school myself until reasonable mental health care legislation and gun control legislation is passed,” he said.

Jaclyn Corin is the junior class president at Marjory Stoneman Douglas High School. She announced that there will be a march to Florida’s capital this week.

“One hundred of my classmates and I will be traveling to Tallahassee this Tuesday and Wednesday to speak with our State Senators and House of Representative members. We are so grateful to have this opportunity to advocate for gun control, mental health, school safety, & more,” she wrote.

“We’re the ones who are being hurt”

Finally, Connecticut high school student Lane Murdock, who lives just 20 minutes from Sandy Hook Elementary School, has started a petition for a walkout on April 20 to commemorate the 19th anniversary after the Columbine shooting.

“Nothing has changed since Columbine, let us start a movement that lets the government know the time for change is now,” she wrote in an online petition.

READ MORE: TOO MANY OF OUR BABIES ARE KILLING THEMSELVES

Murdock said that she wanted kids and teens to be able to have a voice, since it is their lives that are being directly affected by school shootings. She intends the march to be a visual representation of their opinions on the matter.

“Gun violence surrounds us. I remember my first lockdown drill as a normal thing,” she said. “I saw how Newtown affected so many around me, and it hurt. It hurts that a shooter can go into a school [and] kill little kids, and adults just let it fade into the background like white noise.”