Camille Friend says there is no 1-800 African Hair hotline. 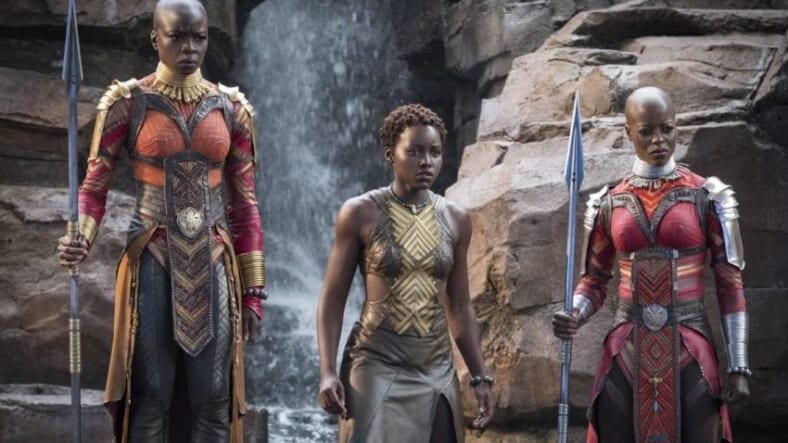 Black Panther has taken the country by storm, breaking box office records and setting many different cultural milestones. One of the ways in which the Marvel blockbuster stands out is in its embracing of natural hair. Much of the thanks in that department goes to the movie’s lead hairstylist, Camille Friend.

“I feel like I was born a hairdresser,” Friend told PeopleStyle recently. A third-generation hairstylist, Friend reveals “there was never any other career I wanted to have.”

As a child, she would help out at family members’ salons in Tempe, Arizona and for the last couple of decades, she has been working in the film industry.

When she found out she would be the lead hair stylist for the film, she said she was “Excited. Overwhelmed,” before adding, “It’s funny I was actually working on Guardians of the Galaxy when producer Nate Moore at Marvel gave me a call and was like ‘We want you to do Black Panther,’ says Friend. “Anytime you have an opportunity to create a whole new universe, you can’t miss that.  But especially as a Black woman, for the Black community, I took it really, really seriously. This is the first Black superhero, so you want to give him the best coming out party. I hope we did that with this movie.”

Nearly three months prior to filming, Friend had already started to create concepts around each character’s hairstyle.

“First, I looked at very traditional African hairstyles, fabrics, and the landscape itself. Then I looked at modern African-American hair—the natural hair movement, and the Afro Punk movement, which I love, because it’s a very young movement so it’s color, it’s bright, it’s funky,” she shares. “And the third part for me was very futuristic, because they are the most technologically advanced society. So all of those elements came into play.”

The main Black Panther hair team was made up of no more than six people, but she added that when it came to the really large scenes, they would have 25 to 30 hairdressers on hand.

“Every hair piece you see in the movie was made by hand. I joke that there is no 1-800-African-Hair [hotline]. I wasn’t something we bought at a store, it was created with our hands, and that’s what makes this movie great, to me.”

Friend’s is fully aware of the impact hair has on those in the film and the fans who go to see it.

“I just wanted people to know that it doesn’t matter what your hair is like, all Black people are beautiful. So, for me this is one of the high points of my career. I can always look back and say, ‘We did a movie that was really well accepted and we might change the world and people’s perceptions by this movie.’ I think that’s one of the greatest things.”