The "A Wrinkle in Time" director says, hold up...wait a minute. 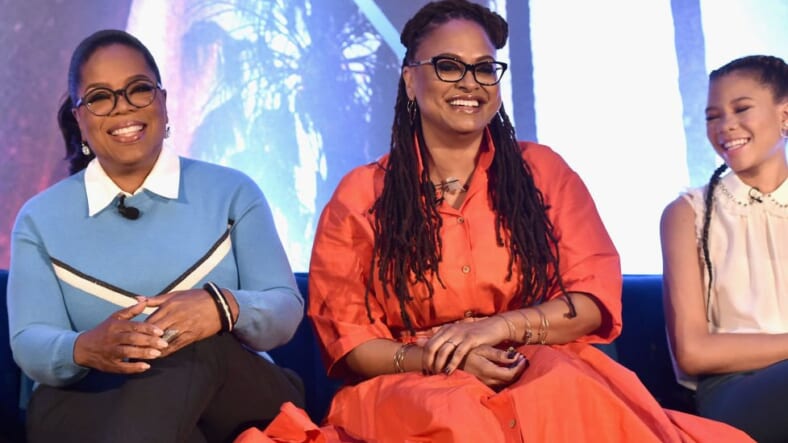 Ava DuVernay is not convinced that Hollywood has ironed out all of its wrinkles when it comes to casting people of color in leading roles and putting them in charge of major productions.

The director of the of the upcoming A Wrinkle in Time movie told The Hollywood Reporter that she’s not cheering just yet that Hollywood has changed its tune even though we’re seeing the successes of Black directors like Jordan Peele and his break out movie Get Out secure an Oscar nomination, and movies like Black Panther with director Ryan Coogler make movie history by exceeding box-office expectations.

“[Black Panther’s] Ryan Coogler is an anomaly, [Moonlight’s] Barry Jenkins is an anomaly, [Mudbound’s] Dee Rees is an anomaly. When you can name us all on two hands, that’s not change,” DuVernay told the Hollywood Reporter during W Hotels’ recent “What She Said” series.

DuVernay made her presence known when she directed Selma and spoke out with the same sentiment before telling the New York Times that Hollywood still has issues around inclusion during the #OscarsSoWhite controvery. “There’s a belonging problem in Hollywood. Who dictates who belongs?”

The director who became the first woman of color to direct a film with a $100 million-plus budget with the release of next month’s A Wrinkle In Time does give a nod to the progress that has been made thus far.

“There was a time when Hollywood said, ‘We will tell your story,’ ” said DuVernay, and she referenced the films Glory and Beasts of the Southern Wild, made by white filmmakers who created stories centered around Black characters. “That didn’t feel like what I knew as a black girl, but it’s an interpretation, not a reflection, and that’s valid. But we’re in a dynamic time right now, telling our own stories.”

DuVernay also noted that there needs to be a better gender balance behind the scenes as well. “These are moments that are not sustainable unless there’s systemic change. We sit on top of a broken system. Unless there is systemic change, we’re just the sparkly stuff on top that makes people feel good,” she said.