Mayor Oliver G. Gilbert III breaks down why Miami Gardens is the happening place to be at the annual music festival. 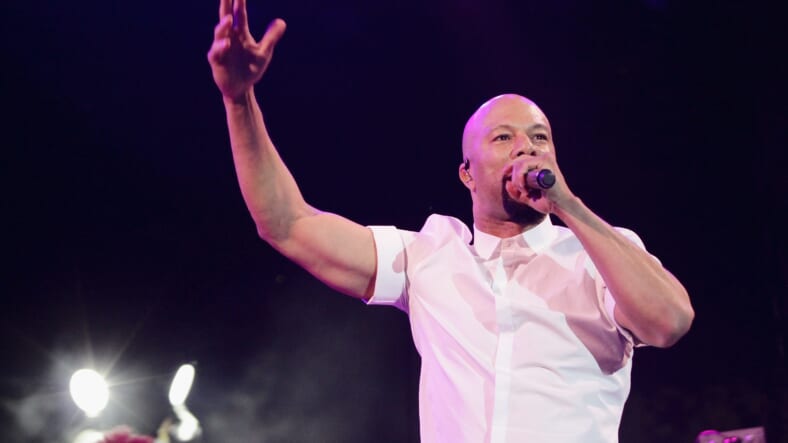 Next month will mark the 13th annual Jazz In The Gardens Music Festival in Miami Gardens, Florida. And while the artists may change from year to year, the epicness that goes down in South Florida each year never disappoints.

Serving as a vessel to deliver premiere music from all eras of R&B, JITG has presented acts such as Ne-Yo, Earth Wind & Fire, and Babyface. This year is no different as headliners include acts such as Anita Baker, Chaka Khan, Smokey Robinson, Fantasia and Joe. The musical extravaganza takes place March 17-18.

Pretty dope lineup to say the least, right? We agree.

Even better, funny man Rickey Smiley will take the helm as host for the two-day festival.

But outside of JITG, Miami Gardens has much to offer for visitors. Speaking not only as a political official, but as a Miami Gardens native, Mayor Oliver G. Gilbert III has seen the growth of the festival and its business potential.

But outside of the concert series, Miami Gardens has also made some major developments that benefit the city not just for visitors, but for the community that it’s serving.

In this interview with theGrio.com, Mayor Gilbert discusses the upcoming festival, and what those in attendance can expect when they land in Miami Gardens.

theGrio.com: What are the recent developments in Miami Gardens that are serving as the backdrop to Jazz in the Gardens this year?

Oliver G. Gilbert III: When I became mayor in 2012 I said that I was going to transform how the city was going to behave and look from a finance perspective, but also from a development perspective. T

here’s been a record amount of development; from Top Golf, to Starbucks returning to the city, to new market rate going up, to national retailers like Burlington Coat Factory. [There are] new restaurants coming, such as the best Ethiopian restaurant in South Florida, Awash. We’ve seen a resurgence in what I’d like to call, a renaissance, in the economics of Miami Garden.

We do that because we don’t just want visitors to have a good time in Miami Gardens, we want the residents to have a place where they can live, work and play. So we work every day toward that end.

TG: Jazz in the Gardens drives thousands of people every year. When you all are in that meeting room to plan, what goes into that process of deciding who those performers are going to be?

Gilbert: It’s a team, and we have a couple things. First of all, we take the feedback that we get every year from the website, and from social media and from the media, of what people said they liked and disliked. We take that stuff very seriously. Then, around the table, we just talk it through to see who is available, and what the mix and match is going to be to make a successful festival.

One of the things that I love about Jazz in the Gardens is that if you like jazz, you have the Trombone Shorty, if you like R&B, you have the Anita Baker, and if you like hip-hop, you have those ’90s artists such as Trick Daddy, Kid N Play, etc. We’re able to cater to a very diverse musical palette of our audience and so we keep that in mind.

The on the street conversations, and the Walmart conversations where people stop me, and they stop our assistant city manager, and they stop the “Jazz” staff and talk about who they want to see also has an effect. For example, with Anita Baker this year, we’ve been getting requests for her for years. So when we announced it, the emails and Facebook were like, “You guys really listened to us!” And we really do.

TG: What is the perfect itinerary for those visiting Miami Gardens for Jazz in the Gardens?

Oliver: You’ve got to visit Finga Licking. It’s Elric “E Class” Prince and DJ Khaled’s restaurant in Miami Gardens. You also should visit Awash, which is an Ethiopian restaurant, as well as Top Golf, which is an extraordinary new entertainment venue with bars, restaurants and a golf course. Those things are all available to you while you’re here, and so much more. Listen, if you come to Miami Gardens with an open heart and an open mind, you won’t want to leave. It’s home. Jazz in the Gardens is us inviting the world to our homes, for a party.

TG: Thinking about legacy and the legacy you want to leave behind, what are some things with the city that haven’t been done, that you want to put into action?

Oliver: What we’re doing in our public space and parks, and which probably won’t be finished until after I leave office, is putting STEM, recording studios, television production offices, culinary arts, all in public parks. We want to make them accessible for kids by running camps and after school programs to get them actively involved in those areas.

No one else is doing this anywhere in the country, and we’re going to do it in Miami Gardens. I talked to the residents about this, and we were approved for a $60 million bond so that we could do it in Miami Gardens, because we want to be able to empower our kids’ imaginations in ways that allow them to have great lives. We’re not just planning for the next two years, but we’re planning for the next twenty years.