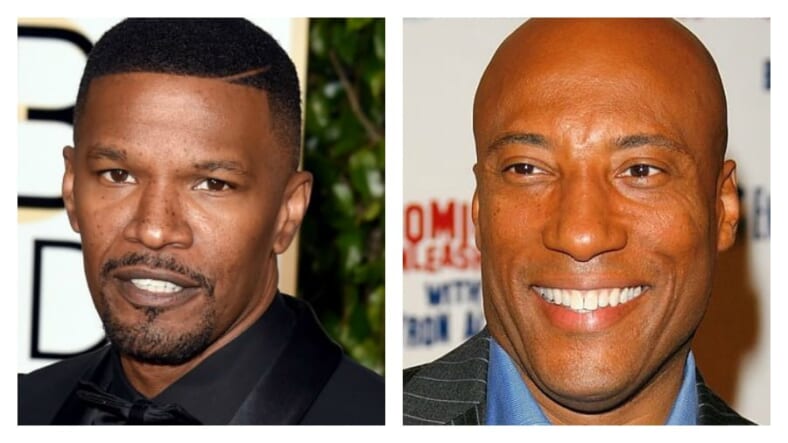 The party will feature performances from Katy Perry and Jamie Foxx and will be held at the Beverly Wilshire Hotel in Beverly Hills on March 4.

As the Founder, Chairman and CEO of Entertainment Studios, Allen is the predominant African-American studio chief in Hollywood and has had a standout year of success, acquiring several high-profile projects for distribution through Entertainment Studios Motion Pictures and their digital arm, Freestyle Digital Media.

The company’s 2017 summer release, 47 Meters Down, ended up bringing in nearly $45 million, making it the highest-grossing independent film of 2017.

Their Christian Bale-led Western, Hostiles, surpassed expectations at the box-office and received praise from critics across the board.

“Although we are an independent, we are throwing punches like a major studio,” Allen recently told Deadline. “Hostiles is a movie we always believed in. We’ve always been a big believer that there was hope for the movie in the heartland and we’re proving that.”

Entertainment Studios have several releases the way in the coming months. Hondros, the award-winning Tribeca documentary about renowned war photographer Chris Hondros, next month. The Jake Gyllenhall-produced flick is slated for release on March 2 in New York, Los Angeles, and London and follow up with an online release from Freestyle Digital Media on March 6.

ES Studios is currently gearing up for the release of Rob Cohen‘s, The Hurricane Heist, a big-budget, action-packed flick that hits theaters on March 9. The film stars Maggie Grace, Ryan Kwanten, and Toby Kebbell and follows a group of criminals who plan to steal $600 million from Federal reserve during a Category 5 hurricane.

“The Hurricane Heist is a non-stop epic action motion picture,” Allen said in a statement. “Rob Cohen has delivered a thrill ride that is going to keep audiences on the edge of their seats worldwide.”

Set for an April 6 release, Chappaquiddick stars Jason Clarke, Kate Mara, El Helms and Bruce Dern among others. The film chronicles a 1969 incident involving Senator Ted Kennedy, who drove his car into a lake with his campaign strategist trapped inside and called his powerful father instead of the police.

In May, the studio will debut Bernard & Huey in 10 North American markets and several platforms simultaneously. Directed by Dan Mirvish, the comedy premiered at Slamdance.
The studio will release the sci-fi thriller, Replicas, later this year. It stars Keanu Reeves as a biologist who attempts to resurrect family members who died in a car crash. The film is directed by Jeffrey Nachmanoff and written by Chad St. John.

ES also has an animated feature lined up with Animal Crackers. The fantasy/comedy film follows a family who inherits a circus and a box of cookies that have the power to transform whoever eats them into an animal. Characters are voiced by an all-star cast of celebrities including Raven-Symone, Emily Blunt, John Krasinski, Danny DeVito, Sylvester Stallone and Wallace Shawn among others.

Allen’s knack for spotting hits is largely responsible for his company’s continued success.
“We’re not chasing an audience, we’re feeding an audience, and that’s the mantra of Entertainment Studios.”

Sounds like he will have a lot to celebrate at his upcoming Oscar bash. Last year, the event raised over $1 million for Children’s Hospital Los Angeles.