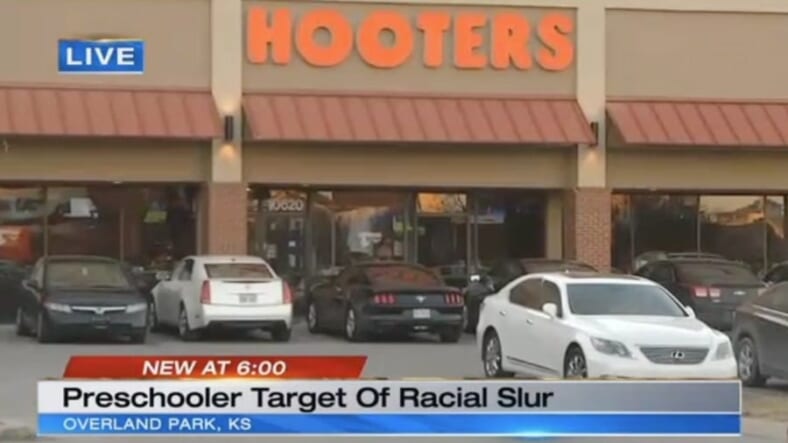 Racial slurs were thrown towards a black child at a Hooters in Kansas by a first responder according to witnesses.

The witness said they were flabbergasted when an off-duty firefighter told police he was a first responder. “He basically said get that little ‘blank’ up off the floor,” the witness explained. “The n-word started to get thrown around.”

The witness was shocked and left speechless. The incident happened at 8:15 pm and the witness said they were approximately five feet away. He said he saw the child had wandered away from family members.

When one of them went to get the child, the firefighter used the racial slur and spat on the child. Police were called and when the witness found out the man was a first responder he was stunned.

“I didn’t catch what the officer said to him, but his immediate response was ‘It’s ok, I’m a fireman,’ like that was supposed to blanket cover everything for him,” the witness stated.

Hooters has not released a statement about the incident, despite being contacted by the media.

This happened in the Overland Park area and police plan on interviewing the family again. There were several witnesses to the altercation and the firefighter could be charged with both battery and making a criminal threat.