The way he pronounces "fadda" laid us out. 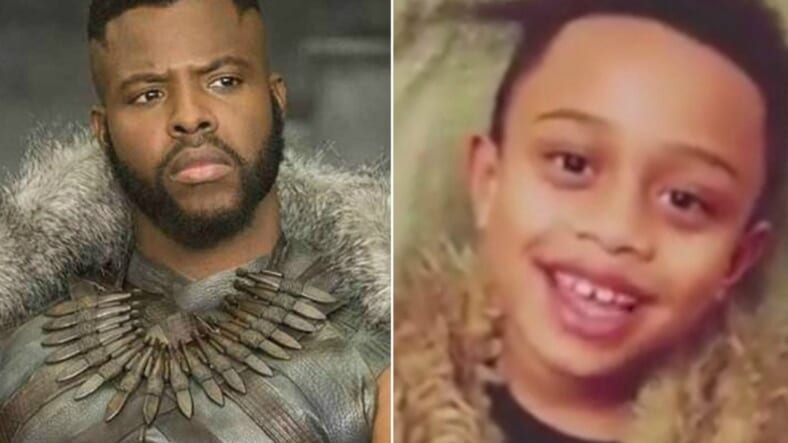 Jordan Peele‘s big win for Get Out is making headlines and of course the cast of Black Panther slayed the red carpet on Hollywood’s big night over the weekend, but we may need a do-over for the Academy Awards and have to give all the trophies to an adorable thespian going viral.

The tiny tot decided to throw his hat in the ring for the M’Baku Challenge that has been spreading across the internet. Folks have been showing off their acting chops by re-enacting the scene in Black Panther where M’Baku (Winston Duke) challenges the King T’Challa (Chadwick Boseman) for the throne.

Most of the participants in the online challenge have been grown folk, but this little guy upped the ante by playing M’Baku, Black Panther, and Zuri (Forest Whitaker). He may or may not be wearing a throw rug and just listen to his perfect pronunciation of “fadda.”

This kid’s “Black Panther” remake deserves all the awards ? pic.twitter.com/qBHValpqia

Searching for “M’Baku Challenge” online will send you down a rabbit hole of pure joy and laughter. The other challengers aren’t quite as cute as the little one above, but there are some good ones out there. Winston Duke might have some competition for the Black Panther sequel.

I am Black Panther pic.twitter.com/XKnxdG8DiF

Duke himself is loving the M’Baku Challenge.

Clawing its way to $1 billion at the box office

Suffice to say, this kid and the other M’Baku Challenge participants have probably seen Black Panther more than once and have gleefully added to the film’s box office receipts which are headed to the $1 billion mark.

“Disney is clearly on a roll with Black Panther showing incredible strength as it posts the third biggest third-weekend gross of all time,” said Paul Dergarabedian, senior media analyst for comScore, “and most notably becomes the 10th highest grossing movie of all time in North America after just 17 days in theaters.”