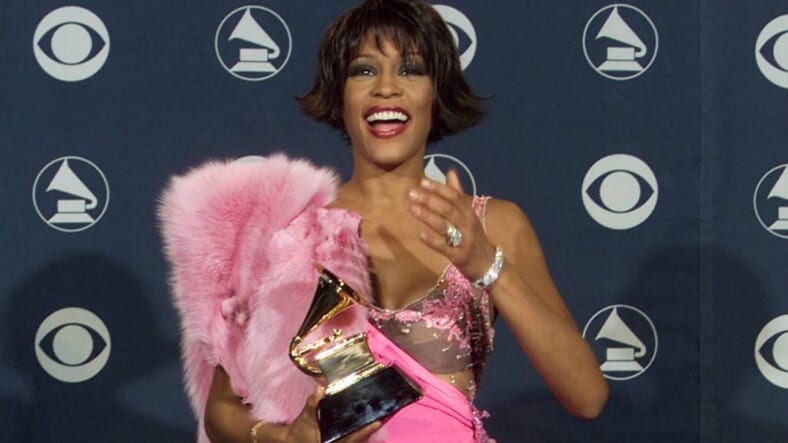 A documentary titled Whitney is set to release on July 6, 2018. Roadside Attractions and Miramax have joined forces to create a film based on the life and career of Whitney Houston, also known affectionately as “Nippy”.

The singer that we all knew, loved and with a talent so raw, she earned the title “The Voice”, passed away on February 11, 2012.

According to Hollywood Reporter, the film is supported by the Whitney Houston estate as well as her sister-in-law Pat Houston. The documentary includes previously unreleased recordings, rare never-before-seen footage and live performances recorded by Houston at various stages of her life, as well as original studio recordings and a cappellas of some of the late singer’s hits.

The film is produced by Kevin Macdonald, who told Hollywood Reporter, “I approached Whitney’s life like a mystery story; why did someone with so much raw talent and beauty self-destruct so publicly and painfully? I was lucky enough to have the support of Pat Houston and the Whitney Houston estate in this quest. They entrusted me with the ‘keys to the vault’ while giving me complete freedom to follow the story wherever it went. At heart, Whitney is an intimate family story that reveals a new side to a woman that even her most die-hard fans never knew,” said Macdonald, whose previous films include Marley and Touching the Void.

Whitney Houston‘s iconic hit “I Will Always Love You” was inducted into the Grammy Hall of Fame.

The Hall of Fame honors timeless or historically significant songs, and this song definitely fits the bill.

Other notable honorees were Public Enemy (“Fight the Power”), Sam Cooke (“Bring It On Home to Me”) and Dr. Dre (“The Chronic”).