Rashan Hassan claims that he lost sleep in fear that his colleagues would take pics of his face near their genitals. 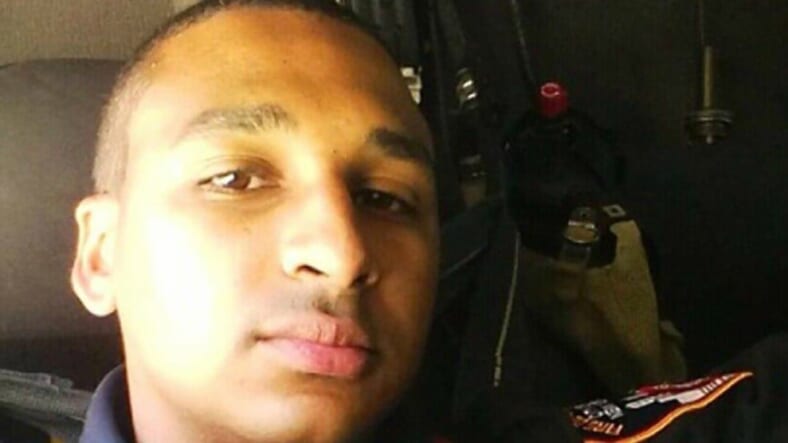 Raheem Hassan says he endured 12 years of harassment from co-workers. Now, he’s speaking out about racism within the FDNY. (Courtesy of LINKEDIN)

The Fire Department of New York City is the country’s largest— and likely also the most controversial. For years, they’ve received complaints of racism and discrimination within the ranks and the latest example is no surprise.

Rashan Hassan, who has been a FDNY firefighter for over 12 years, has sued the department for discrimination and false accusations as part of a civil rights lawsuit filed on Tuesday.

Hassan says that he spent years enduring hurtful behavior, and the one time he decided he had enough, the department had him arrested on false allegations. He faces a misdemeanor aggravated harassment charge.

The NY Daily News reports that the Navy veteran believes that his firehouse in Brooklyn’s Engine 309/Ladder 159 Flatlands was a hostile work environment.

In the suit, Hassan claims that, because he’s Muslim, he was asked to apologize for the 9-11 attacks. Also, he was forced to skip meals or eat alone after his co-workers “tried to slip pork or pork byproducts into his food,” which is forbidden in the practice of Islam.

The 30-year old also claims that he was often referred to as “n—r” and was once told by a co-worker that “Black firefighters are lazy and no one wants to work them.”

Another accusation involves Hassan saying his fellow firefighters would throw bleach on his clothes and douse him with water from atop the firehouse.

Hassan says that his supervisors were aware of the treatment and that he was referred to as a “rat” repeatedly in a group chat with officials and workers who told him that he wasn’t welcome and should transfer. He alleges that he would barely get any sleep while on duty because firefighters were known for taking pictures of the sleeping person’s face near their colleagues’ genitals.

“When Mr. Hassan complained of the unlawful conduct, he was ridiculed, retaliated against, and supervisors refused to address the hostile work environment that pervaded his firehouse and others in the City of New York,” wrote Hassan’s lawyer, Aymen Aboushi.

Instead, they reportedly filed phony charges against Hassan, saying that he threatened to “kill the guys in the firehouse,” which he wholeheartedly denies. The department reportedly didn’t do anything about his claims until a New York Daily News article was published on the matter.

“This is not a new issue and unfortunately it has not been addressed,” Aboushi said. “They have to make it a point to change the culture in the firehouses. They’ve been put on notice repeatedly that racial discrimination is a big issue in the firehouses.”

“We’re seeking a change in culture,” he continued. “We want people of color to be able to work for the FDNY without fear of discrimination.

Hassan has since been transferred to another Brooklyn firehouse.