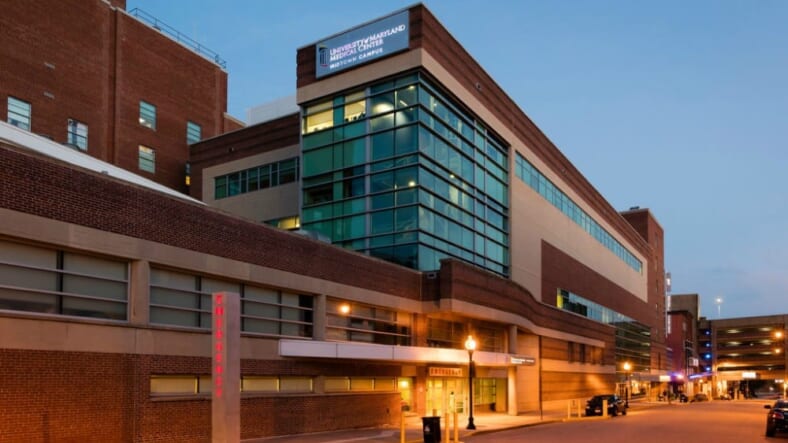 The woman, who has only been identified as Rebecca, was left at a bus stop behind the University of Maryland Medical Center Midtown Campus with no supervision, with all of her belongings nearside a waiting bench.

The woman had reportedly been treated for a head wound, but the hospital claimed that they discharged her after she became hostile and resistant to treatment.

Security was then asked to escort the woman outside in a wheelchair where she was left at a bus stop in 30 degree weather with no clothes or shoes.

The incident was recorded by Imamu Baraka, a psychotherapist who just happened to be walking past the hospital. The video went viral, with up to 3.5 million views since the incident.

Now, federal regulators have cited the hospital in connection with the horrific event

On Tuesday, the Baltimore Sun reported that the incident was investigated by the Centers for Medicare & Medicaid Services who found several “deficiencies” in the handling of the incident, beginning from Rebecca’s arrival at their facility to treat head injuries after falling off a motorbike. The University of Maryland Medical Center was found in violation of at least six major patient rights as well as other patient safety and hospital management regulations.

Baraka, the man who recorded the incident, is seen in the video asking to speak with a supervisor at the University of Maryland Medical Center Midtown Campus. He is then told that one of the perpetrators is a supervisor.

In the six minute video, Baraka continued to make sense out of the inhumane treatment they provided the disoriented woman.

In an attempts to make sense of the inhumane act, he’s seen consoling the woman who is visibly unable to stand erect. He gets her to have a seat on the bench and asks another man present at the bus stop to call 911.

Baraka, who encounter the incapacitated woman, inquired why she was left unattended without any clothes.

“Y’all are OK with leaving that woman out there like that?” Baraka can be heard asking as they walk away. “Y’all are just going to leave this lady out here with no clothes on?”

One can be heard replying, “If you knew the circumstances of what it was,” to which Baraka replies, “Then you need to call the police!”

According to the NY Post, Baraka, a psychotherapist, then called the police which took her back to the same facility that she had been kicked out of.

“We share the shock and disappointment of many who have viewed the video showing the discharge of a patient from the Emergency Department of UMMC Midtown the night of January 9,” the hospital wrote on Facebook in a statement. “This unfortunate event is not representative of our patient-centered mission.”

The hospital, which took responsibility for their lack of “basic humanity and compassion,” has also reportedly outlined a plan to establish new protocol in response to the violations.