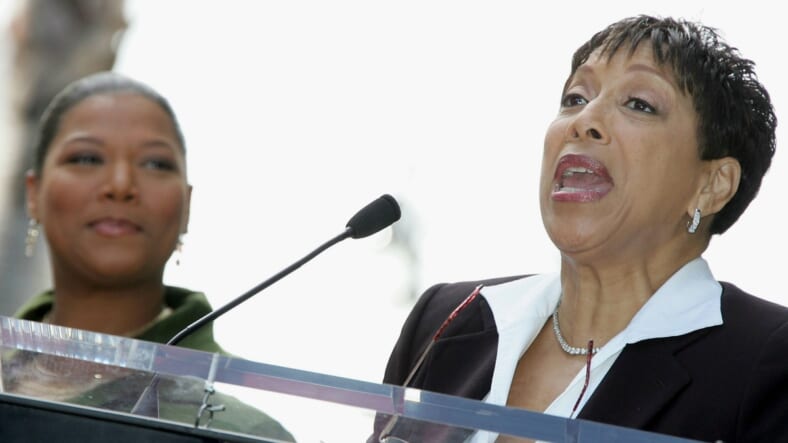 Rita Owens (R) mother of Queen Latifah (L), speaks about her daughter as she is Honored With A Star On The Hollywood Walk Of Fame on January 4 2006 in Hollywood, California. (Photo by Frazer Harrison/Getty Images) *** Local Caption *** Queen Latifah;Rita Owens

Rita Owens, the mother of actress and hip-hop legend Queen Latifah and her closest confidante, died Wednesday after struggling with heart failure for more than a decade.

“It is with a heavy heart that I share the news my mother, Rita Owens passed away today,” Latifah wrote. “Anyone that has ever met her knows what a bright light she was on this Earth. She was gentle, but strong, sweet, but sassy, worldy but pragmatic, a woman of great faith and certainly the love of my life.”

Owens worked as a schoolteacher while raising her daughter in Newark, N.J. But later she often made cameo appearances in her daughter’s projects.

The two women campaigned on behalf of the American Heart Association with the “Rise Above Heart Failure” initiative, aimed at bringing awareness about heart ailments to the public. She shared her story and advice on dealing with the condition.

“My HF diagnosis was unexpected,” Owens wrote. “But with the support of my family and healthcare provider team, I learned all I could about the condition. I want to help others who are living with HF, or are helping care for someone who has HF, feel empowered to manage the condition.”

Latifah first opened up about her mother’s health problems in September.

“I’ve just learned how much you can love a person and just how strong my mother is,” she shared of her mother during a sit-down with PEOPLE Now. “I’ve come to respect her in ways you can’t even imagine.”