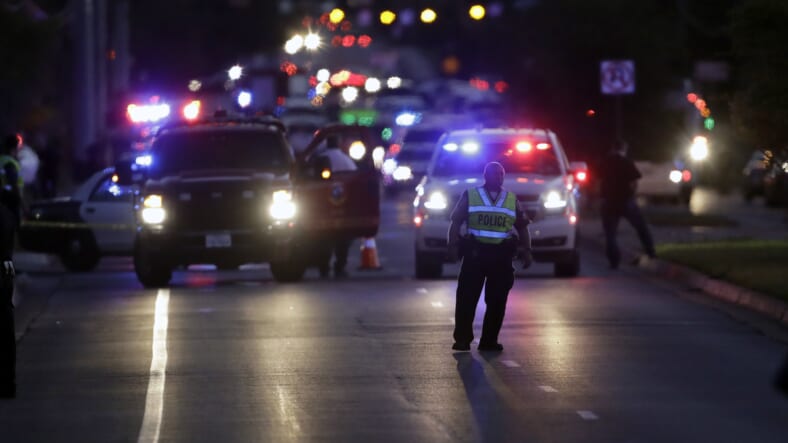 A bomb squad was called to a home in Leimert Park, Los Angeles, after the owner received a mysterious envelope from an unknown sender from Austin.

The Los Angeles police officers responded to the scene after a woman reported receiving a small FedEx package on their home porch.

Thankfully, ABC7 reports that the bomb technicians determined that the envelope was not a threat.

The cause for concern was understandable, as two people were killed and two others severely injured in Austin over the last 17 days. Additionally, on Monday, there was a bomb explosion at a Texas FedEx which was also linked to other bombings.

Although the suspected bomber has been found dead via suicide, authorities have asked residents to stay on alert since it is uncertain if he acted alone or has sent out other packages.

Anthony Stephan House, the first victim of the Austin bomber, was a family man and loving father to an eight-year-old daughter before his life was tragically cut short by a package bomb. Esperanza Herrera, a 75-year-old Hispanic woman suffered potentially fatal injuries and was rushed to the hospital.

Police identified Draylen Mason as the 17-year-old musician that was killed in a second attack.

According to The Daily Mail, Draylen Mason was an aspiring musician. His grandfather Norman Mason was a renowned dentist with strong community ties. The Violin Channel reports that Draylen Mason was an honor roll bass student at the East Austin College Prep, where he studied with William Bill Dick. Mason was also a member of the Interlochen Center for the Arts, the Austin Youth Orchestra and the Austin Soundwaves.