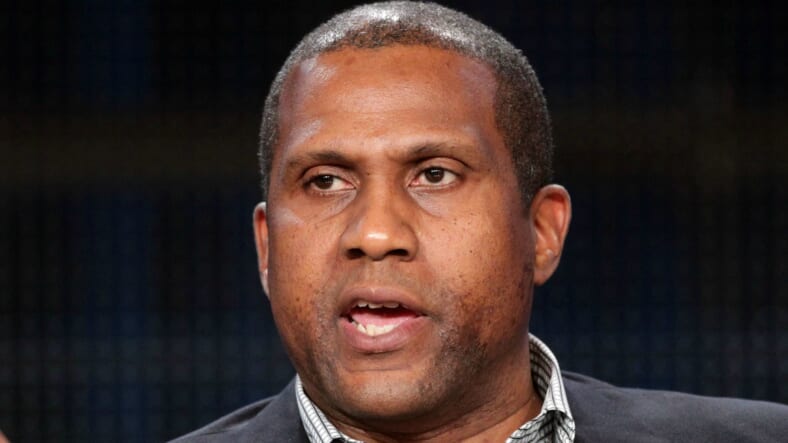 About four months ago, Tavis Smiley came under fire after alleged sexual harassment claims were levied by subordinates. In response, PBS initially suspended his contract while they conducted an internal investigation. Ultimately, based on the findings, the network decided to terminate Smiley.

Smiley then sued PBS for breach of contract and, among other things, being “racially hostile” in their working relationship. (He seeks damages in the “multiple millions.”)

Initially PBS attempted to downplay the situation by describing Smiley’s lawsuit as an attempt to “distract the public from his pattern of sexual misconduct in the workplace.” However, it seems like the company is ready to go to war and has officially responded with a scathing countersuit.

PBS released a 32-page answer and countersuit that states that Smiley violated the network’s morals clause and seeks $1.9 million in returned salary plus unspecified damages, according to the Hollywood Reporter.

Their response comes two months after Smiley filed his suit.

According to the Hollywood Reporter:

The controversial allegations that took Tavis off the air ocurred just weeks after a similar scenario saw Charlie Rose kicked off the broadcaster.

Among the more interesting pieces in the filing, is the detail that Smiley informed PBS’ third-party investigator that he was the subject of two workplace discrimination or harassment/retaliation claims. The host also admits to “probably” telling sex jokes in the workplace and that he “may” have sent pornographic images to subordinates.

PBS Says Its Investigation Is Thorough

Although Smiley has been very public in his denial and insists that PBS’s investigation was incomplete, PBS disagrees. The network states “it was thorough — and that its third party investigators’ lack of interviews with current Smiley employees is due to the host refusing to waive their NDAs,” according to the Hollywood Reporter.

Smiley sticks to his story

During an interview on Good Morning America in December, Smiley insisted that he hadn’t acted inappropriately and that his relationships with his employees had all been consensual.

When asked if he could see how his relationships with his subordinates might be an abuse of power, Smiley admitted that he understood that viewpoint but insisted that “office relationships” were not forbidden.

“We don’t forbid them, Paula, because I don’t know where your heart’s going to lead you,” Smiley insisted. “I don’t know who you’re going to hang out with or date or fall in love with.”

As for whether or not the women he dated felt their jobs might be in danger, Smiley insisted, “I have never given anyone any employment instruction to do anything with anyone with whom I had a consensual relationship. Ever.”

According to the Hollywood Reporter,  a spokesperson for Smiley sent the following statement: “More lies, half- truths and smears from PBS from an ‘investigation’ that never should have happened, with a result that was decided well before the inquiry was even begun. We look forward to the full truth coming out in court.”

Smiley has since moved on to religious platform The Word Network with his series, The Upside With Tavis Smiley.