The two ballers, one who's since been traded and the other retired, are still reaching out to the community in Sacramento 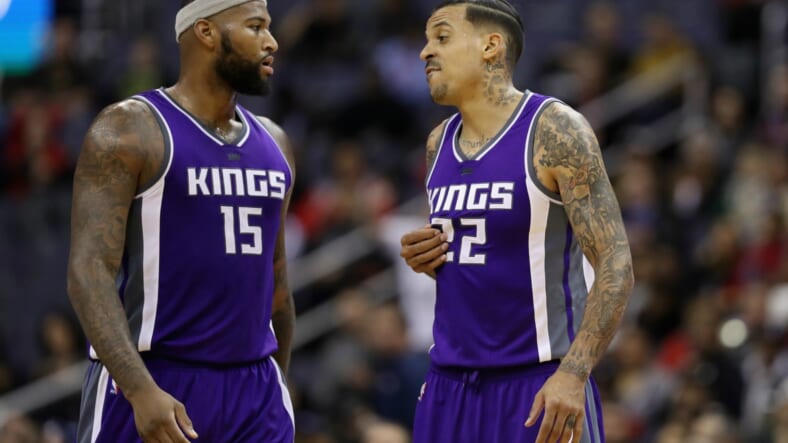 Stephon Clark’s tragic death came by the hail of 20 bullets as he stood with his cell phone in his own backyard, and the disarray of information from the police afterward has caused an uproar nationally for justice.

This week, former Sacramento Kings Matt Barnes and DeMarcus Cousins are doing their part in assisting the efforts forward however they can.

According to The Sacramento Bee, both Cousins and Barnes have reached out to Clark’s family to pay for all of the funeral expenses.

Cousins started his career in Sacramento in 2010 before being traded to the Pelicans last season. Although he’s been out due to a torn Achilles since January, he was awarded the inaugural Offseason NBA Cares Community Assist Award in October for his work in  Alabama, New Orleans, Sacramento and South Africa.

Cousins also paid for the funeral expenses of Sacramento high school football player Jaulon Clavo, who was shot and killed in 2015 while picking up food before a home game with four other teammates.

Barnes, also a socially active player, is planning a march this coming Saturday, March 31 and plans to get the very vocal Sacramento Kings involved as well. He retired in December from the NBA after 14 seasons.

The former King spoke with Complex TV about his plans and the reason why he has reached out to Clark’s family to assist with funeral expenses.

“When it takes place in your own backyard, it’s a different experience,” said Barnes on the shooting death of 22-year-old Clark.

“I just think the community needs help,” he continued. “The street politics are really hot right now with all the gang s**t and I think this is a perfect opportunity for all of us to look past that and realize there’s a bigger platform right here and something that needed to be done.”

Barnes went on to note that he is proud to stand alongside his former teammates and admin, who have unprecedentedly aligned themselves with the protest.

“I think it’s big, because obviously, this is bigger than sports,” said Barnes. “This is life. These are our sons and daughters, brothers, fathers being killed.”

Barnes spent his 2004-2005 season with the Sacramento Kings. He retired from the National Basketball Association in December 2017.

On Sunday, the Kings made a huge statement in support of the protests, as they wore shirts that called for accountability and justice for Stephon Clark. During the first quarter, they also premiered a PSA with the Kings and their opponents, the Boston Celtics, about police and gun violence.

In the public statement, several players reportedly varied in their messages. Some included, “These tragedies have to stop,” “There must be accountability,” “We will not stick to sports,” and “We will not shut up and dribble.”

Additionally, the Thursday prior, the King’s owner Vivek Ranadivé made a public statement following a protest about Clark’s death that perhaps sparked the response from the Kings.

“On Sunday we had a horrific, horrific tragedy in our community. We at the Kings recognize people’s ability to protest peacefully and we respect that. We here at the Kings recognize that we have a big platform. It’s a privilege, but it’s also a responsibility. It’s a responsibility that we take very seriously. And we stand here before you — old, young, black, white, brown — and we are all united in our commitment,” said Ranadivé.