"The Space Program" track is from the 2016 album We Got It from Here... Thank You 4 Your Service. 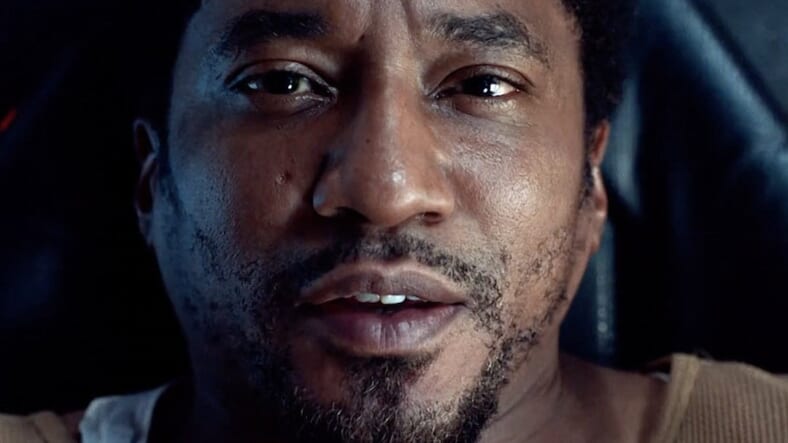 A Tribe Called Quest is paying tribute to their homie Phife Dawg with a new video for “The Space Program” from their 2016 reunion album We Got It from Here… Thank You 4 Your Service.

The video is directed by Warren Fu and prominently features trippy space visuals to go with the politically charged lyrics.  Q-Tip is floating in a spaceship as vignettes of riots and footage of police brutality fill the screen. Most notably there’s a haunting message that reads: “I CAN’T BREATHE,” the last words spoken by Eric Garner before he died while in a police chokehold.

The touching and sentimental video ends with the remaining three Tribe Called Quest members standing on an empty planet with Phife Dawg represented as a green, glowing orb.

The end dedication reads: “For Malik.” Phife, born Malik Taylor, died in 2016 at age 45 of renal failure from diabetes complications. The rapper had been battling diabetes  since 1990. He received a kidney transplant in 2008.

Phife was known to many as the “Five Foot Assassin” or the “Five Footer.” The Queens, New York native helped revolutionize the sound of hip hop in the 1990s. Fans often speak of A Tribe Called Quest as being part of the “golden era” of hip hop. Albums like Low End Theory, Midnight Marauders, and Beats, Rhymes and Life are considered classics.

A Tribe Called Quest says this music video will be their final one. End of an era.

READ MORE: Juelz Santana denied bail after he allegedly fled from the airport with a gun

Preview the clip below or watch the full 8-minute video exclusively on Apple Music.