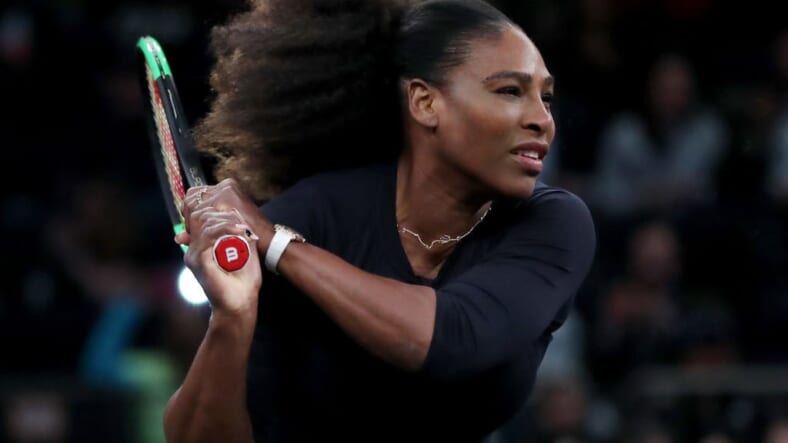 Sometimes women worry about their waistlines when they first learn their bellies will be growing after finding out about a pregnancy. But for Serena Williams, she was more concerned about her ability to slay on the tennis court.

“When I realized that I was pregnant, I was like, ‘Oh my God. How am I going to play?’” Williams said.

Williams recently made her comeback on the tennis court, but now we’ll get a behind-the-scenes look into what she was up to in a new HBO Being Serena docuseries, reports People.

Williams shared a trailer on his Instagram captioned, “I can’t wait to share what I have been through the past year with you all. My whole life has completely changed.”

Williams life has changed for the better and the series plans to take us on a journey into her life from the birth of her baby girl Alexis Ohanian Jr. to becoming a new wife to Reddit co-founder Alexis Ohanian.

Despite the immense changes in her life, including welcoming the baby and marrying Ohanian in November 2017, the 23-time Grand Slam champion makes it clear that she’s not done with the sport.

“I don’t know if there’s anything left for me in tennis,” she says. “But I’m not done yet.”

My @hbo documentary called Being Serena premieres May 2. I can’t wait to share what I have been through the past year with you all. My whole life has completely changed. #beingserena

Slated for May 2, HBO dropped the trailer for the series that takes viewers on a journey into Williams’ life as a newlywed, a new mom, her health struggles and her rise back to being a dominating force on the tennis court.

“Being Serena will provide viewers unprecedented access to Williams during her pregnancy, new motherhood and marriage, while documenting her journey back to supremacy on the court,” HBO said in a statement.

“Viewers will experience her life from every angle as the intimate first-person show delves into her landmark career, family life and expanding role as a businesswoman and investor in the worlds of tech, fashion, fitness and philanthropy.”

As Williams awaits the May 2 debut, she’s just having fun being a mommy and shared a cute selfie with her baby boo on Monday.