The 22-year-old Sacramento man was turned away from police the entire time they fired at him, the report says 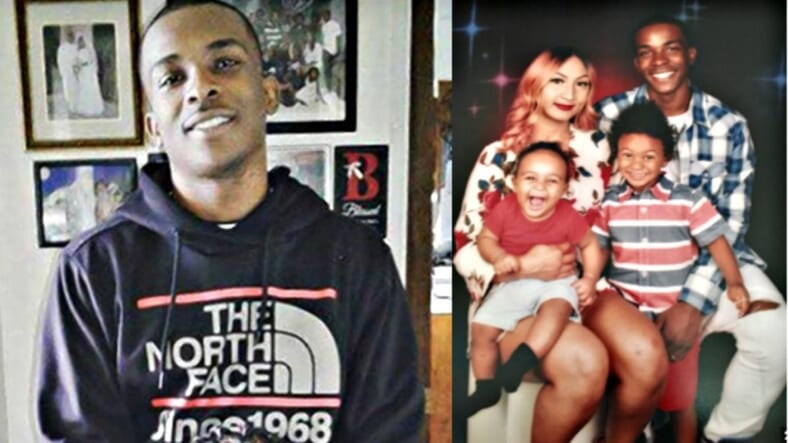 Police killed 22-year-old Sacramento man Stephon Clark with eight bullets, six of them striking him in his back, according to a private autopsy.

In results released on Friday by his family’s legal team, Clark received no entry wounds from the front of his body, according to the Sacramento Bee. Instead, the autopsy found, he was facing his grandmother’s house with his left side pointed toward the officers who shot him, first hitting him under the left arm. But the blast of that shot spun him around so that his back was toward the officers leaving it exposed to six more shots. Another shot struck him in his left thigh as he fell to the ground.

Family attorney Benjamin Crump said the autopsy result “affirms that Stephon was not a threat to police and was slain in another senseless police killing under increasingly questionable circumstances.”

The procedure was conducted by pathologist Dr. Bennet Omalu, whose study of a degenerative brain condition in football players prompted the NFL to adopt new safety rules designed to prevent concussions, also determined Clark took up to 10 minutes to die, the Associated Press reported. The officers have been criticized by activists for allegedly failing to render medical aid immediately after the shooting.

An independent autopsy performed by Dr. Omalu shows the locations of the eight gunshot wounds inflicted upon Stephon Clark.

Clark was killed March 18 when Sacramento police got a call reporting a car burglar in the city’s Meadowview area. The two officers chased Clark into the back yard of his grandparents’ home and ordered him to show them his hands, then fired 20 shots at him, believing he had a weapon. However, he only had a cellphone in his possession.

The officers’ body cameras were muted, although police chief Daniel Hahn has reportedly said he does not know why they were.

The Sacramento Police Department has not responded to the release of the private autopsy saying it has not received the official Sacramento County coroner’s report yet. Clark’s shooting death is being investigated by the department and California attorney general Xavier Becerra said earlier this week that he would join the investigation.

The demonstrations touched off days of heated protests in the city, including demonstrators marching to the Golden1 center and several times blocked entry for fans of the Sacramento Kings, who were waiting to see the teams play the Dallas Mavericks, Atlanta Hawks and Boston Celtics on different nights.

Demonstrators also became emotional at a special city council meeting, led by Clarke’s brother Stevante, who took the microphone from council speaker Larry Carr and yelled at mayor Darrell Steinberg and strongly criticized police chief Daniel Hahn before being taken off by supporters.

A funeral for Clark was held Thursday. A Muslim, he was set to be honored with a ghusl or Islamic ritual washing by revered Imam Omar Suleiman, but clerics were not able to perform the task because of the way the 20 bullets wounds he received mangled his body.

Imam Omar Suleiman expressed frustration over the inability to perform the ritual on Twitter, saying “his body was in such bad shape that we couldn’t do the ritual washing.”

Meanwhile, the Sacramento Kings and local activist group Build. Black. Coalition to address community disfranchisement in Sacramento in conjunction with Black Lives Matter. A forum is being held to hear community voices on the shooting incident Friday night called “Kings and Queens Rise: A Youth Voice Forum for Healing.”