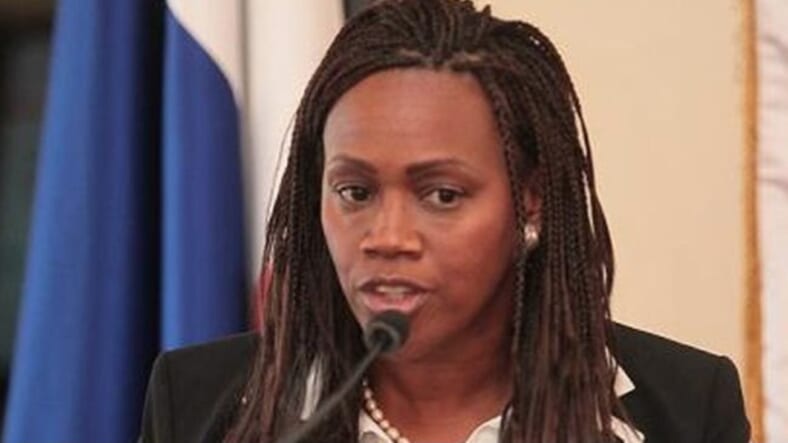 For the first time in its history, Costa Rica will see the first person of African descent to take the helm as the country’s Vice-President on May 8.

Epsy Alejandra Campbell Barr was elected to the VP post after Carlos Alvarado rose to become the president of Costa Rica, reports QCostarica.

“It would not be the first only in Costa Rica, but in Latin America. And eventually, if the president leaves the country, [I would be] the first woman of African descent to assume the presidency in the entire American continent. It’s a big responsibility,” Campbell said Sunday in an interview with CRHoy.com.

Campbell’s grandmother reportedly migrated to Costa Rica from Jamaica with her husband. She’s named after her paternal grandmom and she’s proud of her Jamaican heritage.

Epsy Alejandra Campbell Barr is active in her community served in the legislature between 2002 and 2006 before running for vice president in 2006. She has also served as the head of the Center for Women of African Descent, the Alliance of Leaders of African descent in Latin America and the Caribbean, and the Black Parliament of the Americas.

Serving all the women of Costa Rica is one of her major priorities.

“It will be a responsibility not only to represent people of African descent but to represent all women and men in the country, a country that gives us all the same opportunities,” added Epsy Alejandra Campbell Barr.

Campbell took the grassroots approach to help her campaign by reportedly traveling in an RV around the country to get her anti-corruption and accountability message out to voters.

She’s the first woman of African descent to serve but she follows in the footsteps of other prominentt women who served in the country: Thelma Curling, was the first Afro-Costa Rican legislator (1982-1986), Victoria Garron, was the first vice-president (1986-1990) and Laura Chinchilla (2010-2014) the first president.