The singer offers advice on self care and fights back against allegations he's transphobic. 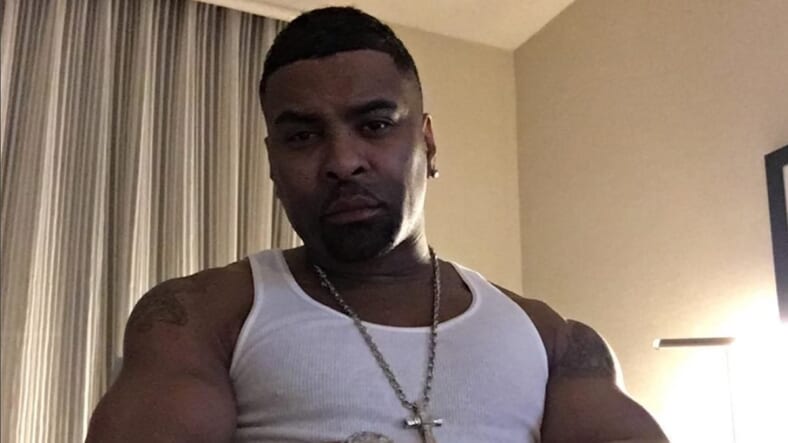 Ginuwine is currently starring on Bravo’s latest reality show, Your Husband Is Cheating On Us. The series follows the cast of a play of the same name as they prepare for the show while sharing a house. The co-workers turned roommates have to battle their own egos, learn their lines, and figure out how to adhere to their director’s rules. JD Lawrence has some unconventional methods for readying his team that includes D’atra Hicks, Tondy Gallant, Lia Grant, Kristen Plati, and Jermaine Sellers.

Fans of the prolific R&B artist who gave us hits like “Pony” and “Differences” will likely enjoy seeing him in this light as he attempts his first leading role in a stage play while managing expectations of potential love interests in the house.

TheGrio caught up with the sexy singer to find out why he joined the project, clear up those “transphobic” rumors, and discuss his battle with depression.

In January, the singer participated in the U.K. reality show, Big Brother, and caught some major heat when he refused to let a transgender roommate, India Willoughby, kiss him. Angry viewers took to Twitter and accused Ginuwine of being transphobic because he said he wouldn’t date her if she told him she was trans.

Since he was stuck in the house throughout filming the show, Ginuwine was unaware of the backlash until weeks after it happened.

“I didn’t understand that. We didn’t have TV or radio or phones or anything so I didn’t know what was going on until we got out of the house. Once I got my phone I saw all the messages and was like, ‘What?’ I didn’t even think it was a big deal when I did it. It shouldn’t have been,” he says.

“Anyone should have the right to say no if they don’t want someone to kiss them or touch them or date them or anything. That doesn’t make me transphobic. Anyone who knows me knows that’s not true. That’s totally not me as far as being transphobic or homophobic. To me, that’s just stupid to even think that.”

He also opened up about his battle with depression and suicidal thoughts, which manifested after he lost both of his parents within a year of each other. His father committed suicide in 1999 by shooting himself in the head and his mother lost her battle with cancer the following year. He fell into a depression and turned to drugs and alcohol to cope with his feelings, and even attempted suicide.

Given the rise of suicide in our communities, and Bow Wow’s recent statements that raised red flags, we wanted to get Ginuwine’s perspective on the prevalence of mental health issues and find out why black men have a hard time speaking up.

“When you don’t talk and hold so much hurt inside, you start thinking ‘Maybe I shouldn’t be here.’ My dad committed suicide so that’s close to my heart to fight against. Anytime someone is speaking that way, we shouldn’t take it lightly because you never know what’s on a person’s heart or in a person’s mind. We have to pay attention,” he said. “Look at these people going into schools and shooting people and killing themselves. Its ridiculous. We have to take it seriously.”

OPINION: Ginuwine, Tyrese, and Bow Wow share their battles with mental health and why you should too

When it comes to taking control of your own mental health and depression, Ginuwine insists there are ways to combat the issue.

“The first thing you have to do is always find somebody you can talk to. I found my church home that way by talking to ministers and friends. I never really went to church and that was a different place for me and I felt the love there. Whenever I felt that way, they were around to talk to me,” he explained.

“A lot of times, men like to keep stuff in and that’s the worst thing that you can do. I always tell younger guys that the best thing to do is to talk about it and I try to be open for people to talk to because once you’re gone, you’re gone. There’s no coming back from that.”

He also cautioned others against falling into the same traps that he did.

“A person who talks about suicide is really hurting. That’s not something you play around with. It puts fear in people’s hearts. It’s real. Don’t turn to liquor and don’t turn to drugs or those band-aids. You have to get to the root of it.”

Now that his mind is on the mend, Ginuwine is focused on pursuing his acting career and Your Husband Is Cheating On Us is one way he’s reminding fans he’s here to stay.

‘This was my first reality show and I was attracted to it because it was something different. So many reality shows are about fighting and yelling and this is a show about a show. Being the lead attracted me even more. I wanted to tackle my fear because I was a little scared to take on such a large role and I just did it,” he said.

When it came to dealing with his crazy cast mates and handling the stress of being on a reality show, the singer acknowledges there were some growing pains.

“That was a challenge within itself, having to get up and be in the house with so many people and cameras following you all the time. It took a little getting used to and rubbed me the wrong way at first but we got through it,” he admitted. “The mics and cameras and not being able to leave without giving notice so they can get ready to follow us—I didn’t like that at first but I got used to it. I’m laid back, I’m genuine, I’m easy to get along with. I try to be drama free.”

Your Husband Is Cheating On Us airs Sundays at 9/8c on Bravo.