The Georgia peaches were out for blood. 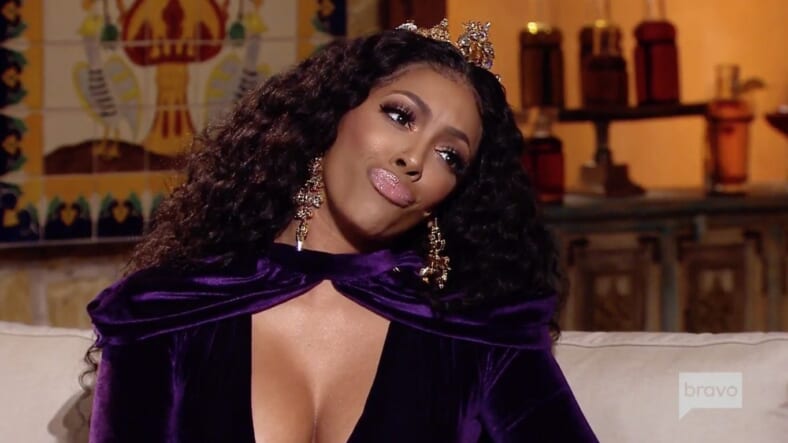 We all know the Real Housewives of Atlanta Reunion episodes are known for record-breaking shade, but this season’s first installment of the reunion show was a bit more brutal than usual.

Nene Leakes, Cynthia Bailey, Sheree Whitfield, Kandi Burruss, Porsha Williams, Kenya Moore, and Marlo Hampton weren’t letting anything slide when they sat down with host, Andy Cohen (who delivered some zingers of his own) to discuss everything that went down over the most recent, never-ending season.

After Moore revealed her baby news at the top of the show, the ladies had a moment of what seemed like heartfelt excitement for their costar before getting to the business of bashing each other’s every move.

Here’s a rundown of some of the shadiest moments:

Cohen jumped right in by providing a montage of the ladies ever-evolving looks and the clip highlighted how much surgery has been had in the last 10-years that the show has been on the air. When Cohen pressed Leakes about wearing wigs after criticizing Kim Zolciak-Biermann for doing it early in the series. “When Kim was wearing wigs hers came from Party City,” she quipped.

When Cohen asked Sheree Whitfield about her She by Sheree clothing line, she didn’t seem to understand the question, replying: “Joggers.” When Kandi Burruss tried to help a sista out, she got defensive and the two went back and forth about who was not being clear. When pushed for details, Whitfield’s responses didn’t actually make sense. “We’re doing joggers…athletic, but lifestyle,”she said. Then when asked when the collection would hit the streets, she stuttered over her answer. “Probably more September. Spring/Summer.” What now?

Kenya Moore and Marlo Hampton haven’t been friends for a while, but the beef between these ladies is still piping hot. Moore’s reads of Hampton were pretty priceless, especially when she dubbed her #StruggleFace and said, “You overthrew looking like James Amos in a wig!” She also called her a “trick” and busted Hampton out for going after Nene Leakes’ leftovers when she dated John, the pizza guy and got him to pay off her $20,000 Neiman Marcus bill.

Cohen gets in the game

When Moore tried to downplay her husband, Marc Daly‘s disdain for the RHOA, Andy Cohen took her to task. While discussing Daly’s and his reluctance to be part of the show, Moore insisted that her husband doesn’t like the show and the rumors that he refused to be a part of it because of a negative representation of Black women is trumped up by bloggers…that is, until Cohen shut that fib all the way down.

“That’s what he has said to my colleagues.,” replied Cohen. Moore’s comeback was dead silence…for once. Later, she had a hard time explaining why she hasn’t met her husband’s family, admitting she has only spoken to them on the phone. Hmmmm.

When the ladies were asked which one of them would be the next to tie the knot, Porsha Williams suggested it could be Sheree Whitfield before Kenya fired off a zinger: “You gonna get married in prison?”

Shortly after, Williams revealed she’s praying for a husband by the end of the year and is in a serious relationship. We still can’t figure out why she decided to wear a crown on her head. Perhaps she’s the Queen of Wishful Thinking?

It looks like there is plenty more shade to come when Part 2 of the RHOA Reunion which airs on Bravo next Sunday at 8:00PM EST.