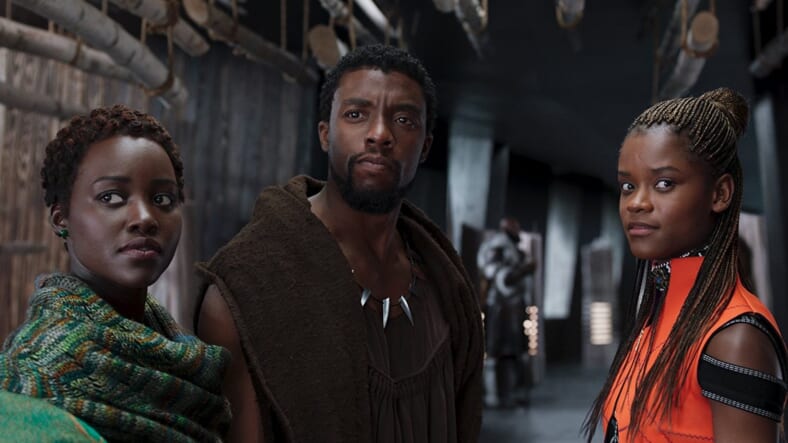 Black Panther is still busting all the records.

According to The Hollywood Reporter, the latest milestone for the Marvel superhero flick came this weekend when Black Panther passed Titanic on the list of highest-grossing North American box office titles. Now, Black Panther ranks number three on the all-time highest gross list, behind Star Wars: The Force Awakens ($936.7 million) and Avatar ($760.5 million).

And that’s just in the North American market. Black Panther has brought in $1.29 billion on the global market, putting it at the No. 10 spot for movies worldwide.

It’s been almost two months since the biggest, Blackest movie of the year hit theaters, and we’re not surprised to see that it’s still clawing its way to the top.

This isn’t the last we’ve seen of Wakanda, either

While Black Panther continues to reign at the box office, fans won’t have to wait long to see T’Challa, Wakanda, and your favorite Wakandan characters.

Marvel is releasing Avengers: Infinity War (Part One). And as we’ve already seen from trailers, T’Challa will be coming back, along with Okoye and Shuri and Wakanda itself. Sure, it’s also got a huge cast of characters like Spiderman, Black Widow, Iron Man, and Captain America, but we’re just excited for more Wakanda.

Add to that the fact that Marvel is already talking about a Black Panther sequel, and we’re pretty sure Wakanda’s reign is going to last a long while.

News also broke last week that the Marvel flick directed by Ryan Coogler will be the first film shown in Saudi Arabia in over 35 years. The country has had a cinema ban in place since the 1970s when Islamic clerics shut down all movie theaters while instituting conservative religious laws.

Clearly, times are changing and Wakanda is more powerful than we ever imagined.