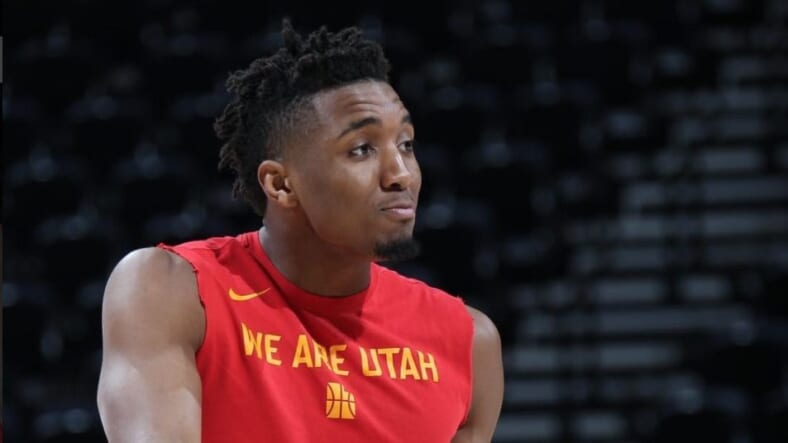 It’s almost time for the NBA to decide which baller deserves the title of “Rookie of The Year” and Donovan Mitchell has his eyes on the prize.

You may think you know the 411 about the talented athlete, but his new digital docs-series offers an inside look at his whirlwind life in Rookie On The Rise.

The short-form digital docu-series follows the Utah Jazz star, who was the 13th Overall NBA Draft Pick and 2018 Slam Dunk contest winner, on his rise to the top and shows off his winning personality by highlighting his strong family bond, love of sneakers, and his famous friends.

For a total of 15 original episodes, three episodes will launch every Tuesday and will showcase behind-the-scenes moments with Mitchell following his rise to national stardom, interactions with family and friends, his first All-Star Weekend experience, the race for Rookie of the Year, and more. The series will offer fans a never-before-seen intimate look at an athlete whose career has caught the attention of the country.

The series will be available for viewing on http://younghollywoodtv.com/rookie-on-the-rise —a digital network available on Apple TV, Amazon Channels, Amazon Fire TV, Chromecast and Roku—as a well as Facebook Watch, younghollywood.com, and Young Hollywood’s YouTube, Twitter and other social channels.

TheGrio has the latest episode, Brotherhood, which features Atlanta Hawks star, John Collins. Friendships made on the court don’t just stay on the court. Donovan Mitchell catches up with his good friend John Collins, who is super excited by his friend’s rookie success.

Will Donovan Mitchell take the coveted “Rookie of The Year” title? Voting ends on April 11, so take a look and decide if he has what it takes.

Check out the episode.