Vitter is vying for a spot on the bench for Louisiana’s Eastern District. 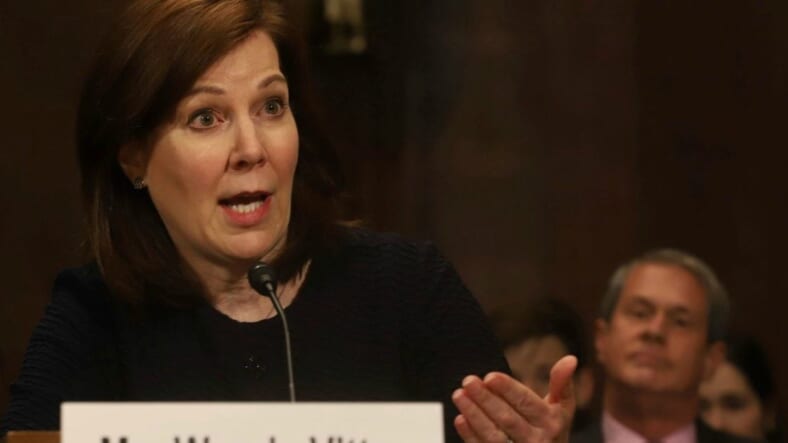 During a confirmation hearing on Wednesday, Louisiana lawyer Wendy Vitter refused to state whether or not she believes that the 1954 Brown v. Board of Education Supreme Court case was correctly decided.

Brown v. Board of Education was a landmark case that demolished the court’s previous “separate, but equal” ruling, paving the way for the desegregation of schools all over the country. Many rural and urban school districts at the time greatly under-funded Black schools in comparison to white schools.

WATCH: During her confirmation hearing this morning (yes, this morning – in 2018), judicial nominee Wendy Vitter refused to say whether she agreed with the result in Brown v. Board of Education. #UnfitToJudge pic.twitter.com/RWroh0XUIC

Sen. Richard Blumenthal (D-CT) asked Vitter “Do you believe that Brown v. Board of Education was correctly decided?”

Vitter responded, “I don’t mean to be coy. But I think I get into a difficult area when I start commenting on Supreme Court decisions which are correctly decided and which I may disagree with. Again, my personal, political or religious views I would set aside. That is Supreme Court precedent. It is binding. If I were honored to be confirmed I would be bound by it, and of course I would uphold it.”

Blumenthal repeated his question and Vitter continued to not answer it.

Vitter was similarly evasive with other questions. When Blumenthal asked her if she still supported a false statement she made in 2013 about Planned Parenthood “killing over 150,000 females a year.”

Once again, Vitter would not give a straight answer. “My pro-life stance has been very clear. I have been very upfront with this committee about my views and about how serious I take it, and that I would set aside any personal or religious views if I were to be confirmed,” she replied.

Wendy Vitter’s extreme pro-life stance and her wobbly, possibly non-existent support of de-segregation will not negatively impact her chances of being confirmed. Not a single Republican has voted against a Trump judicial nominee, regardless of the person’s record or qualifications.