The news comes days after her passionate Women's March speech 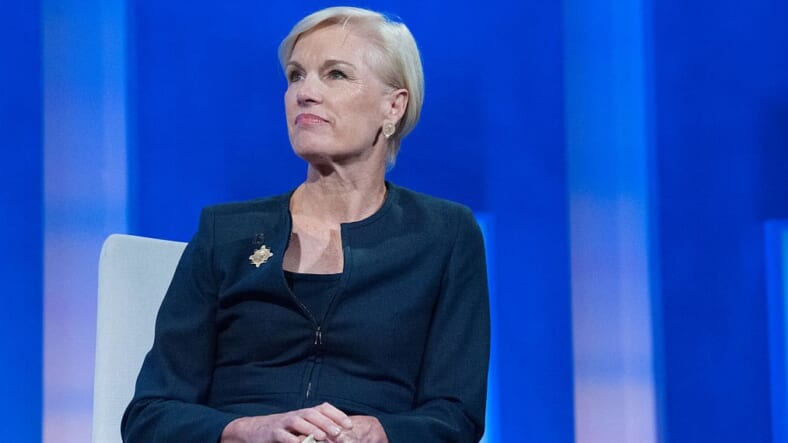 Cecile Richards, the president of Planned Parenthood, has announced that she will retire this year after more than a decade leading the progressive health organization. She has been spearheading the women’s health and reproductive rights nonprofit since 2006.

Earlier this week, BuzzFeed reported that Richards had confided in several colleagues about her intentions to retire. At the time, Planned Parenthood issued a statement saying that “Cecile plans to discuss 2018 and the next steps for Planned Parenthood’s future at the upcoming board meeting.” That meeting is scheduled for next week.

In the wake of numerous media outlets picking up BuzzFeed’s story, the 102-year-old organization released a video statement today on Twitter of Richards announcing her retirement.

“12 years ago, I joined Planned Parenthood to help fight for a world where every woman can live her best life. Together we’ve built a movement to protect and improve reproductive health and I could not be prouder. Today, I’m announcing that I will be stepping down in my position as President of Planned Parenthood this year,” says Richards in the clip.

In the two-minute video, Richards thanks the organizations 11 million supporters and highlighted the work that has provided tens of millions of women with the reproductive healthcare they need.

Over the past decade, we‘ve faced down challenges that once seemed impossible and found new ways to speak our truth. Most importantly, we’ve helped Planned Parenthood patients get the care they needed — and that won’t change. @CecileRichards has a message on what’s next: pic.twitter.com/Qy1N2lPXCs

In her time at Planned Parenthood, Richards worked hard to expand both the organization’s fundraising and organizing capabilities. She had a hands-on, very visible leadership style that saw her going toe to toe with Repblucian lawmakers and courting celebrities and wealthy progressives to invest in Planned Parenthood’s mission.

Urging White Women to Do Better

Her announcement to step down come just days after she told white women to “do better” at a Women’s March #PowertothePolls rally in Las Vegas on Sunday. At the rally, she gave credit to the 2017 Women’s March for getting women ready to fight for their rights and their country.

She said that much of the work that has been done on this front, including at the polls, has been done by women of color and she implored white women to step up.

“From Virginia to Alabama and to last week in Wisconsin, women have beaten the odds to elect our own to office. … Women of color, transgender women, rural and urban women,” she said. “These victories were led and made possible by women of color.”

Whether her statements had any impact on her decision to retire from her position at Planned Parenthood is unknown.

Richards’s immediate future is crystal clear. She will be promoting her upcoming memoir Make Trouble:Standing Up, Speaking Out, and Finding the Courage to Lead — My Life Story, due to be published in April.

Beyond that, Richards told the New York Times she will be busy herself with mid-term elections and fundraising for Democrats. When asked if she would be running for office herself, she replied “I’m not thinking of running for anything.”