Find out who did this to Rannita Williams. 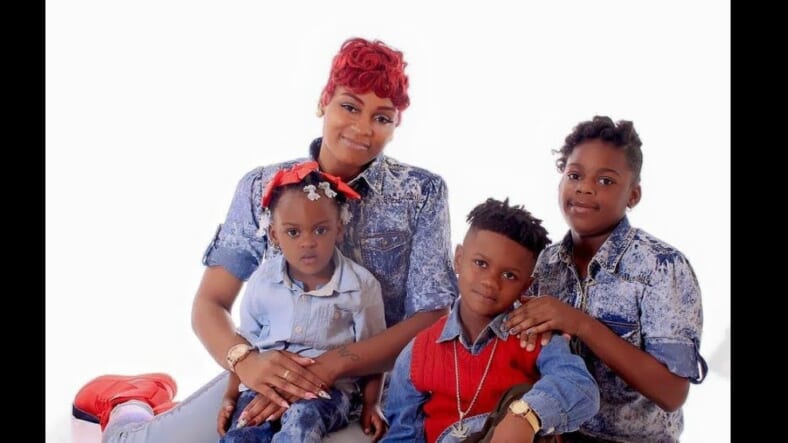 Rannita Williams, a 27,-year old mother of three, was shot and killed by her ex-boyfriend. (Photo courtesy of Instagram)

Police are searching for answers after a chilling video surfaced of a Shreveport woman begging for her life before her boyfriend shot and killed her live on Facebook last Thursday, according to the Shreveport Times.

Rannita Williams, 27, died after her ex-boyfriend Johnathan Robinson entered her home with an accomplice and held her hostage. Robinson started recording a video on Facebook live and demanded Williams apologize on camera.

“Yes, I was wrong. I didn’t have any business going off like that,” Williams says.

READ MORE: The Age of Cardi B and Tiffany Haddish: Why it’s time to let go of ‘Respectability Politics’

Police have not specified what Williams was apologizing for.

In the video, which has since been removed from Facebook, Robinson yells at Williams and starts pacing back and forth behind her.

There is another person presumably holding a phone and recording the unreal ordeal.

“I don’t give a f*** about police, you hear,” Robinson said as he taunts Williams. He then opens the door to the home saying, “Pull up right now. Pull up.”

Then Robnson continues his tirade against Williams.

“Now, bitch. Game over,” Robinson said as he stood over the phone that had been dropped to the floor. “Game over.”

Williams died on the scene.

Robinson was arrested after a shootout with police. He is being held at Caddo Correctional Center and the charges include: one count of second-degree murder, one count of being a felon in possession of a firearm, two counts of simple criminal damage to property and — in charges added late Friday — seven counts of attempted first-degree murder, according to the Shreveport Times.

Rannita Williams was shot and killed by her ex-boyfriend Johnathan Robinson.

READ MORE:Adidas wants to sign Colin Kaepernick—but only if this one thing happens

Williams cousin Trina Williams, said Robinson had been violent with her before and wasn’t even allowed to come to the home.

“I mean basically, I guess (he came over) to torture her. That’s the only thing I could see,” said Trina. “She didn’t deserve it. Why would you even come here?”