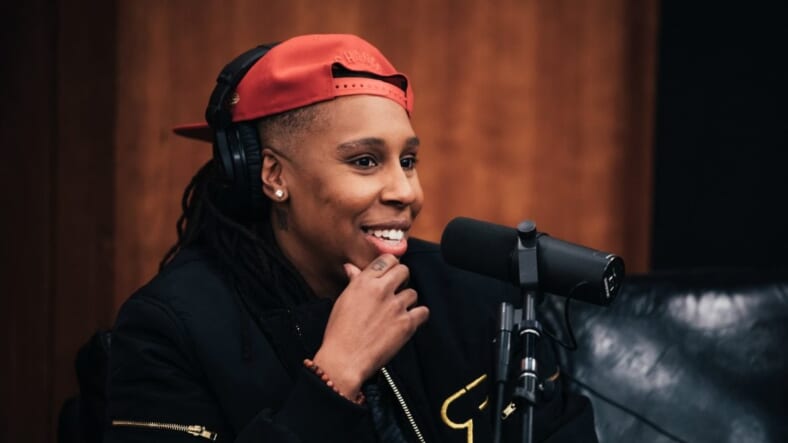 Writer, actor, and producer Lena Waithe stopped by the Questlove Supreme Pandora podcast to share a wide range of stories about her winding path to success and what her future holds.

She touches on everything from the origins of her Chicago hustle, working with Angela Bassett, and what’s it’s like to be famous now.

As an Emmy award winner for her work on Master of None, creator of Showtime’s The Chi, and having successfully auditioned for a role in Steven Spielberg’s highly anticipated film Ready Player One-Waithe has a lot on her plate. But she managed to make time to chop it up with Roots drummer Questlove and his Team Supreme on episode 80 of his weekly, critically acclaimed podcast.

Check out a few choice quotes from Lena Waithe in their animated discussion below and click here to listen to the entire episode.

On Criticism of ‘The Chi’ and Other Black Creations

“I do think there’s this pressure on black folks to go support black stuff whether you love it or not. And I just don’t think we’ve gotten to that place where you can’t go online and be like– even with my show, I don’t know what’s real. Because I don’t know if somebody is going to come out and go, “The Chi is just okay.” Because then folks will be like, “Why are you hating on– da, da, da?” They’ll be coming and saying– my thing is like I welcome it. If you don’t fuck with it, tell me why so I can improve it.” I feel like until we can start criticizing each other in public, we ain’t going to ever overcome. We just kind of have to. But I think there’s this thing of we don’t want to talk about it. Trust me. I’m guilty of it. There’s things that maybe I don’t love, but I ain’t going to talk about that shit on Twitter.”

READ MORE: In the age of Cardi B and Tiffany Haddish it’s time to let go of respectability politics

“I always look at it like food and what you digest. So they’re being given McDonald’s, which is fast, it tastes good, and it goes through you really quickly. So then it’s like when they try to give you filet mignon, foie gras, caviar, escargot, a la Moonlight, Get Out things like that, sometimes it becomes difficult for them to eat that food–because they’re so used to McDonald’s.”

“Honestly, I graduated from Columbia College which is in Chicago, moved out to LA in 2006 and just started pounding the pavement just grinding. I think it’s just the Chicago hustle in me where I was just like I went out there with the intent of running the town. And I was like eventually– and I think that was genuinely my mindset. I wasn’t like, “I’m going to win the Emmy by this year.” But I was just like, “I want to be a phenomenal writer.” I really cared about the craft. And I think that’s the big thing I see was as I mentor a lot of young writers, I think that’s sort of the last thing on their list to conquer. They’re sort of like, “Where’s the red carpet? When do I get the deal?” They don’t realize there’s so much politics.”