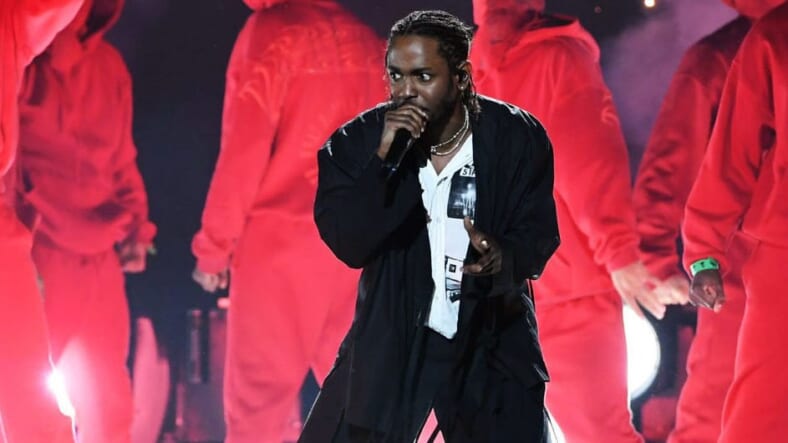 The nominees for the 2018 Billboard Music Awards were just announced and Kendrick Lamar and Bruno Mars are leading the pack with 15 nominations each.

It has clearly been a good year for urban music, considering it dominated nominations in 57 categories that highlight the year’s most successful artists.

READ MORE: In the age of Cardi B and Tiffany Haddish it’s time to let go of respectability politics

Other frontrunners include Drake (who just announced his new album, Scorpion, will drop in June) with nine noms and Cardi B snagged eight even though she just dropped her debut album last week.

Daddy Yankee and Luis Fonsi who earned seven nominations for their hit, “Despacito.”

Chris Brown, Khalid, Bruno Mars, SZA and The Weeknd will battle it out for the title of Top R&B Artist with Khalid, Mars and The Weeknd also vying for Top male R&B Artist. Newcomer SZA is up against Beyonce and Rihanna in the Top R&B Female category.

When it comes to rhymes, Migos and Lil Uzi Vert will go up against Drake, Kendrick Lamar and Post Malone for Top Rap Artist while the latter three will battle it out for Top Male Rap Artist.

The most peculiar nominee is Bhad Bhabie (aka The “cashhh me outside girl) who will fight for the Top Female Rap Artist title against Cardi B and Nicki Minaj.

Several artists including Cardi B, Drake, and Daddy Yankee and Luis Fonsi made history on the charts this year.

According to the press release:

Cardi B
Cardi B cashed in big in 2017, as she became only the third act ever, and the first rapper, to place her first three Billboard Hot 100 chart entries in the top 10 simultaneously, joining only The Beatles and Ashanti in achieving the feat. Cardi B’s debut hit, “Bodak Yellow (Money Moves),” spent three weeks at No. 1 on the Hot 100, also making her just the second female rapper to top the tally without any other billed artists, following Lauryn Hill, with “Doo Wop (That Thing)” in 1998. Following her “Bodak” breakthrough, Cardi B nabbed a No. 1 in early 2018 on the Hot R&B/Hip-Hop Songs chart with her Bruno Mars collaboration “Finesse.”

Daddy Yankee
Daddy Yankee’s team-up with Luis Fonsi on “Despacito” vaulted to history on the Billboard Hot 100, as the song, remixed with Justin Bieber, led for 16 weeks, equaling Mariah Carey and Boyz II Men’s “One Sweet Day” (in 1995-96) for the longest term on top in the chart’s history. “Despacito” also broke the No. 1 longevity record on Hot Latin Songs, besting “Bailando,” by Enrique Iglesias featuring Descemer Bueno and Gente de Zona (which led for 41 weeks in 2014-15). “Despacito,” the first predominantly Spanish-language No. 1 on the Hot 100 since Los Del Rio’s “Macarena (Bayside Boys Mix)” in 1996, additionally became the longest-leading No. 1 on the all-genre Digital Song Sales (17 weeks) and Streaming Songs (16 weeks) charts.

Drake
Seemingly, only one person can break a Drake chart record … Drake. The superstar rewrote his Billboard Hot 100 record for the most entries by an artist in a single week, as his More Life album release propelled him to 24 simultaneous titles, three more than his then-record set in 2016. More Life’s arrival also pushed Drake ahead of label mate and frequent collaborator Lil Wayne for the most Hot 100 entries by any solo artist. In 2018, the prolific MC, whose 13 Billboard Music Award wins in 2017 set a single-night record, has added jewels to his chart crown. “God’s Plan” joined his 2016 smash “One Dance” (featuring WizKid and Kyla) with double-digit weeks atop the Hot 100, making him the first male soloist with at least two songs (with lead-artist billing on both) that have each led for at least 10 weeks.

Luis Fonsi
Luis Fonsi made history on the Billboard Hot 100 when his Daddy Yankee collaboration “Despacito,” remixed with Justin Bieber, surged to a 16-week domination, tying Mariah Carey and Boyz II Men’s “One Sweet Day” (in 1995-96) for the longest stay at No. 1 ever on the chart. On Hot Latin Songs, “Despacito” also broke barriers, passing prior record-holder “Bailando,” by Enrique Iglesias featuring Descemer Bueno and Gente de Zona (41 weeks at No. 1 in 2014-15) for the longest command since the list’s 1986 launch. “Despacito” became the first predominantly Spanish-language No. 1 on the Hot 100 since Los Del Rio’s “Macarena (Bayside Boys Mix)” in 1996, as well as the longest-ruling leader on the all-genre Digital Song Sales (17 weeks) and Streaming Songs (16 weeks) surveys.

It’s been a DAMN. fine year for Kendrick Lamar, as the hip-hop superstar clocked his third consecutive No. 1 on the Billboard 200 albums chart with DAMN. The album spent four weeks atop the tally and saw all 14 of its tracks reach the Billboard Hot 100 chart. The set also yielded Lamar’s first Hot 100 No. 1, “Humble.” Following his success with DAMN., Lamar returned as the curator and producer of Black Panther: The Album, which generated two more Hot 100 top 10s for him: “All the Stars,” with SZA, and “Pray for Me,” with The Weeknd.

The 2018 Billboard Music Awards will broadcast LIVE coast to coast from the MGM Grand Garden Arena in Las Vegas on Sunday, May 20 at 8 p.m. ET / 5 p.m. PT on NBC.