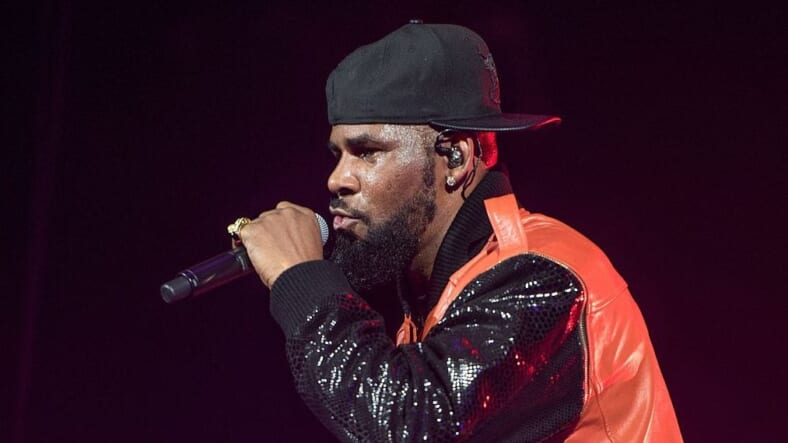 After an onslaught of recent protests over R. Kelly’s music and the rise of the #MuteRKelly campaign following countless sexual abuse claims, women of color within the Time’s Up organization are shutting the singer down with their support.

The women released a statement to The Root.

“To Our Fellow Women of Color: We see you. We hear you. Because we are you,” says a statement.

“As Women of Color within Time’s Up, we recognize that we have a responsibility to help right this wrong. We intend to shine a bright light on our WOC sisters in need. It is our hope that we will never feel ignored or silenced ever again.

“The recent court decision against Bill Cosby is one step towards addressing these ills but it is just a start. We call on people everywhere to join with us to insist on a world in which women of all kinds can pursue their dreams free from sexual assault, abuse and predatory behavior.

“To this end, today we join an existing online campaign called #MuteRKelly.”

The embattled singer is getting shut out of the entertainment realm, amid a growing chorus of protests. This weekend, he was dropped from the lineup of the upcoming Love Jam 2018 at the University of Illinois at Chicago Pavilion.

After the public bombarded UIC Chancellor Michael Amiridis with calls to cancel the R&B show that included Kelly, Ticketmaster posted on its website that Kelly would not appear.

Radio DJ Tom Joyner agreed to stop playing Kelly’s music too after #MeToo creator Tarana Burke urged him to take up the cause.

The women who released the statement to The Root also made outlined Kelly’s sordid past as reason enough to shut him down saying:

“Over the past 25 years, the man known publicly as R. Kelly has sold 60 million albums, toured the globe repeatedly, and accumulated hundreds of millions of plays on radio and streaming services.

During this time, he also…

They are also asking execs to cut ties with the disgraced singer:

“Together, we call on the following corporations and venues with ties to R. Kelly to join us and insist on safety and dignity for women of all kinds: