EXCLUSIVE #MuteRKelly co-founder to R. Kelly: ‘You were not lynched—you hung yourself!’

Kenyette Tisha Barnes has strong words for the "pied piper of R & B." 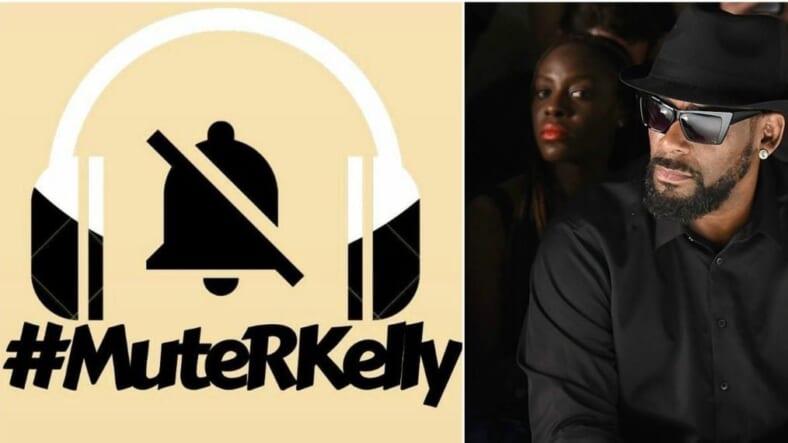 #MuteRKelly co-founders Kenyette Tisha Barnes and Oronike Odeyle and their band of supporters nation-wide now take credit for getting 10 R. Kelly shows cancelled within the past year. The #MuteRKelly campaign was designed specifically to get R. Kelly‘s music off the airwaves and to ultimately get the platinum-selling singer back in the courtroom for the numerous sexual assault allegations that have piled up against him over the past two decades. There has been progress beyond the show cancellations. The Women of Color of the #TimesUp movement recently issued a message fully backing the #MuteRKelly mission.

After R. Kelly’s camp released a statement comparing the #MuteRKelly and #TimesUp efforts to a public “lynching” of the singer, Kenyette Tisha Barnes penned this open letter to R. Kelly, exclusive to theGrio.

So, R. Kelly you’re being lynched?

Yet, you’re still alive, and being protected by indifferent fans and an entourage with – in my opinion – questionable moral character.  I’ve taken some time to digest those words only to find myself with a burning acid in my soul. I’ll start by stating this: You were not lynched—YOU HUNG YOURSELF!

With the most recent opening of the Equal Justice Initiative–Legacy Museum in Montgomery, Alabama, your PR team’s attempt to center a need for your accountability with the horrors of lynching is reprehensible, banal and lazy.  Lynching is by far one of the darkest chapters in America’s history.  Perhaps you should visit the museum and learn more about these murdered women and men.  Not one of them was lynched for inflicting sexual violence on vulnerable young Black girls for over 20 years.   Many of them were lynched for trying to PROTECT Black women and girls; protect their families; and protect their communities.

According to the most conservative accounts, there were approximately 4,000 Black men, women and children lynched—noose tied around their necks, hung from trees, dragged by horses, and thrown from bridges. These black people had no social, economic, or personal power to fight back.  As horrific as this was, why did this happen? Because of a system of power and brutality under the umbrella of White supremacy that was condoned, normalized, rationalized and done with impunity.

Until it was stopped.

Nowhere in your lazy centering of yourself within the context of lynching did you ever mention White supremacy. But since you want to hint at the impact of violent power structures on Black bodies, I have a few other ones for you: PATRIARCHY, TOXIC MASCULINITY AND MISOGYNOIR.

You have OVER 25 YEARS OF DOCUMENTED SEXUALLY EXPLOITATIVE BEHAVIOR against young Black women and girls to your name. Why Black girls? Because you knew no one would care. Black girls are always the “throw-a-ways.” In tandem, by virtue of being Black and male within a socio-cultural African American pathology that absolves Black men of sexual violence in our community; and adding in your wealth and celebrity status, you became as impenetrable as Teflon.  You have and continue to act with impunity – coercing and manipulating and initiating inappropriate sexual relationships with underage girls and young women.

You are not being lynched.  In fact, it is YOU that have caused the “sexual lynching” of countless Black girls and young women who had no social, economic, or personal power to fight back. While these young women are still alive after this “lynching,” many are emotionally, psychologically and sexually dead, and have trouble forming healthy sexual relationships as the “courting behaviors” you taught them were “normal” inhibit their ability to be open and vulnerable.  It is an “emotional lynching” that you inflicted on these women, and your indifferent fans, the radio stations that play you, the promoters that book you, and the record companies that pay you are the “lynch mob.”

You did this. Unchecked. FOR DECADES. Due to a system of power and brutality under the umbrella of Patriarchy, Toxic Masculinity and Misogynoir, YOUR BEHAVIOR was condoned, normalized, rationalized and done with impunity.

Until it was stopped.

Note: This statement was revised by the author to fix grammatical errors.