‘There are real issues regarding representation in fashion’: Gigi Hadid responds to blackface accusations about Vogue Italia cover

She apologizes, but throws other people under the bus. 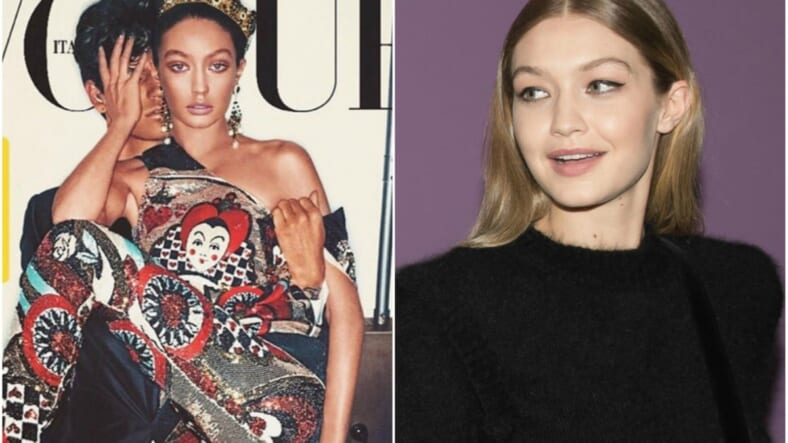 Gigi Hadid has responded to accusations that she is in blackface on the cover of Vogue Italia‘s May issue.

The 23-year-old model was under fire as people on social media reacted to the photograph. On the magazine cover she shares with model Justin Martin, her skin is several shades darker than she has appeared in other pictures. 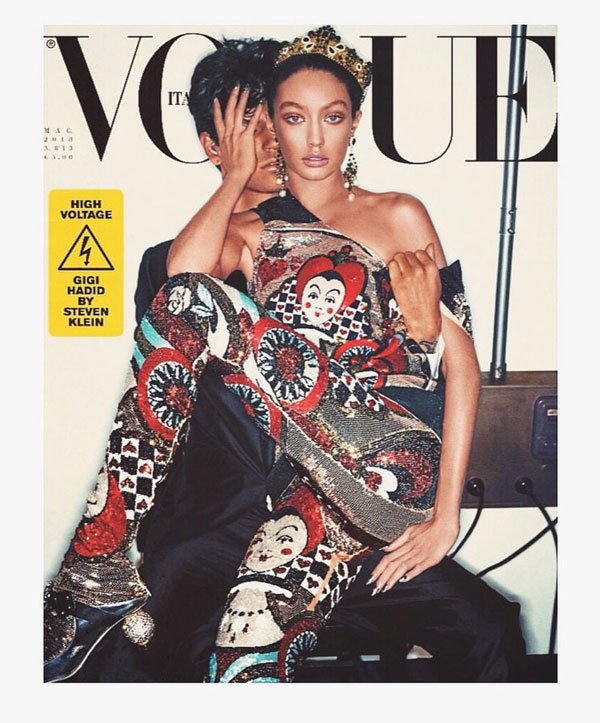 Some say it looks more like bronzer overload than actual blackface, but others have taken offense to the image.

The same photographer doing blackface with Gigi Hadid for @VogueIta and blackface with Lara Stone for @VogueFrance. Also did the ableist shoot with Kylie Jenner in a wheelchair. Can nothing stop racist baby boomer men from being cancelled? Srsly the worst generation #GigiHadid pic.twitter.com/1HoUmvzgfy

What’s astonishing about this is how many times in recent years Vogue Italia has been accused of blackface and cultural appropriation. Yet it keeps. happening. https://t.co/fLhAkoxv7S

Hadid, who is half Palestinian, responded to the backlash on Twitter. She issued an apology, but also placed the blame on the photographer and the photo editing process.

The apology:
“This is a photo of me returning home from shooting my Italian Vogue cover on April 3rd… you can see the level I had been bronzed on set that day. Please understand that my control of the shoot 1. is non existent in terms of creative direction 2. ends completely when I leave set, and anything else done to a photo in post is out of my control fully,” she wrote. “The bronzing and photoshop is a style that S.Klein has done for many years, and I believe was what was expected from the shoot (to show me in a different way creatively), BUT, although I understand what Vogue Italia’s intentions were, it was not executed correctly, and the concerns that have been brought up are valid.

“I want to address this for those who were offended by the editing/retouching/coloring of the cover. Please know that things would been different if my control of the situation was different. I want to apologize because my intention is never to diminish those concerns or take opportunities away from anyone else, and I hope this can be an example to other magazines and teams in the future,” she concluded. “There are real issues regarding representation in fashion — it’s our responsibility to acknowledge those issues and communicate through them to work towards a more diverse industry.”

READ MORE: Meek Mill speaks on Starbucks arrest of two Black men and why it bothered him

READ MORE: TMZ staffer who called out Kanye: ‘I was conflicted and I was weirded out’

This is not the first time Hadid’s collaboration with Vogue Italia has sparked controversy. Eyebrows were raised when the November 2015 issue of the magazine featured Hadid in a variety of colorful afro wigs.

Like the current situation, Hadid had supporters and detractors. Some felt the photoshoot was tasteful and more of an homage to curly haired beauty than a mocking demonstration, but others felt that Hadid had no business in kinky textured wigs.

Is the current Vogue Italia cover blackface? Was Hadid wrong for donning afro wigs back in 2015?